The Oxford classification identifies predictors of the renal prognosis for IgA nephropathy (IgAN); however, it has been unclear about usefulness for deciding the management approach. We analyzed the clinical utility of this classification for indicating steroid therapy.

Patients with M1, E1, S1, and C1 scores responded to steroid treatment; contrarily, those with T1 and T2 scores did not. A higher SRS was a useful indicator for steroid therapy. Nevertheless, prevention of progression in IgAN patients with SNRS was difficult with steroid therapy. 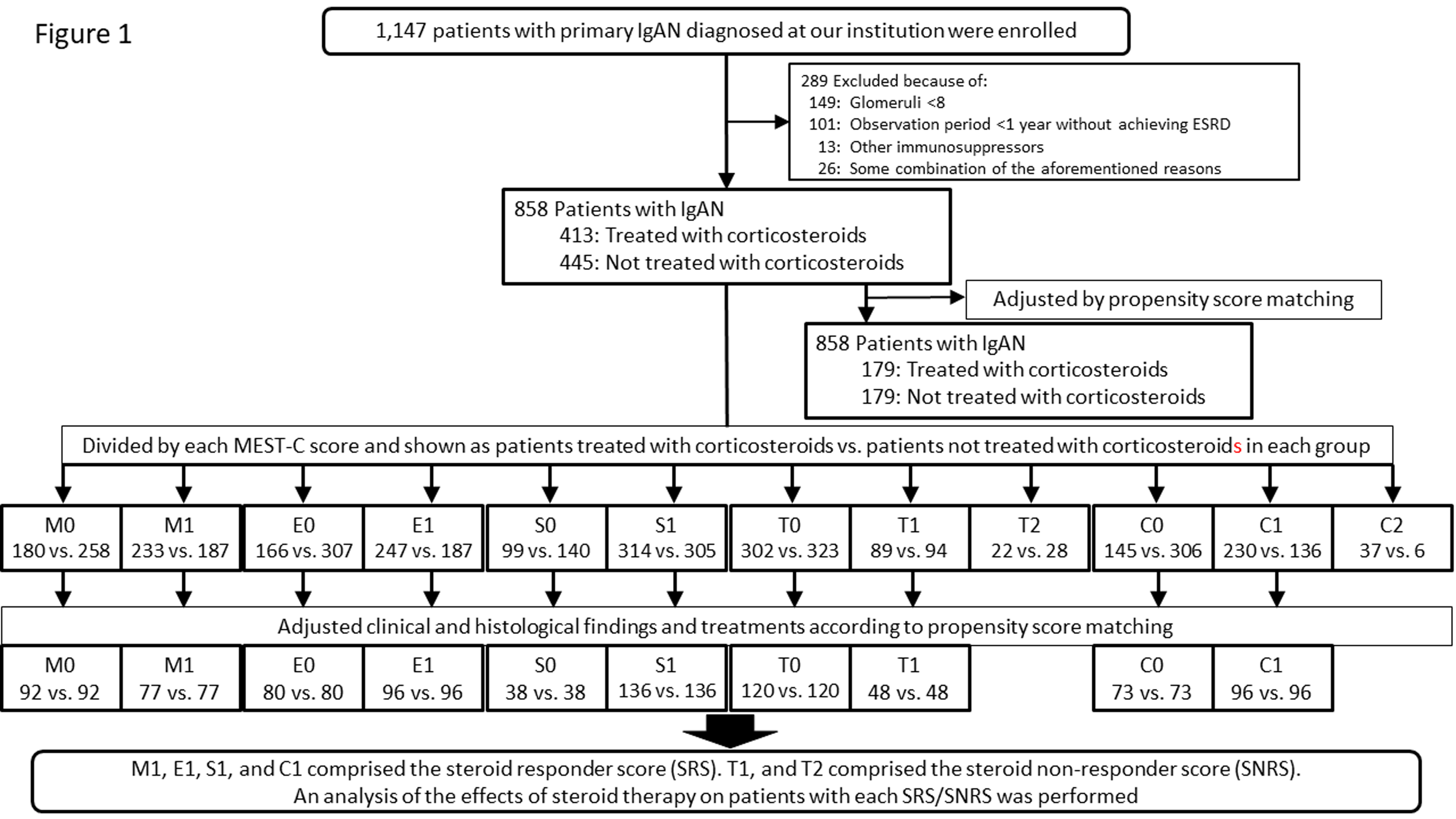