Use of erythropoiesis stimulating agents (ESA) prevent the need for recurrent blood transfusions in patients with advanced kidney disease. Rarely, patients can have allergic reactions to the ESA components which can range from pruritic rash to fatal angioedema. We report a case of delayed-type hypersensitivity reaction (DTH) due to epoetin-alfa (EPO). Cross-reactivity between molecular structures of various agents raises a therapeutic challenge.

A 78 year old man with anemia in the setting of chronic kidney disease stage 4 secondary to diabetes mellitus was initiated on EPO 10,000 units per month. He developed an urticarial rash in the back and chest after the first dose, which gradually worsened after receiving the second dose. Review of recent history was negative for any other new medication or chemical exposure. He underwent skin biopsy which showed dermatitis with eosinophils supporting a drug reaction. EPO was discontinued with resolution of the rash. Given known risk of cross-reactivity between various ESA molecules, he was subsequently referred to an allergist for desensitization protocol, followed by successful re-introduction of ESA therapy.

Currently, ESA remains the treatment of choice for anemia of kidney disease, in order to limit need for blood transfusions. ESA-related DTH reactions can be due to excipients such as polysorbate, as well as the structural subunits of erythropoietin. Cross-reactivity has been reported between different ESA structures, which raises a therapeutic challenge in the care of such patients. Clinicians should consider desensitization, which can lead to successful re-introduction of ESA therapy. 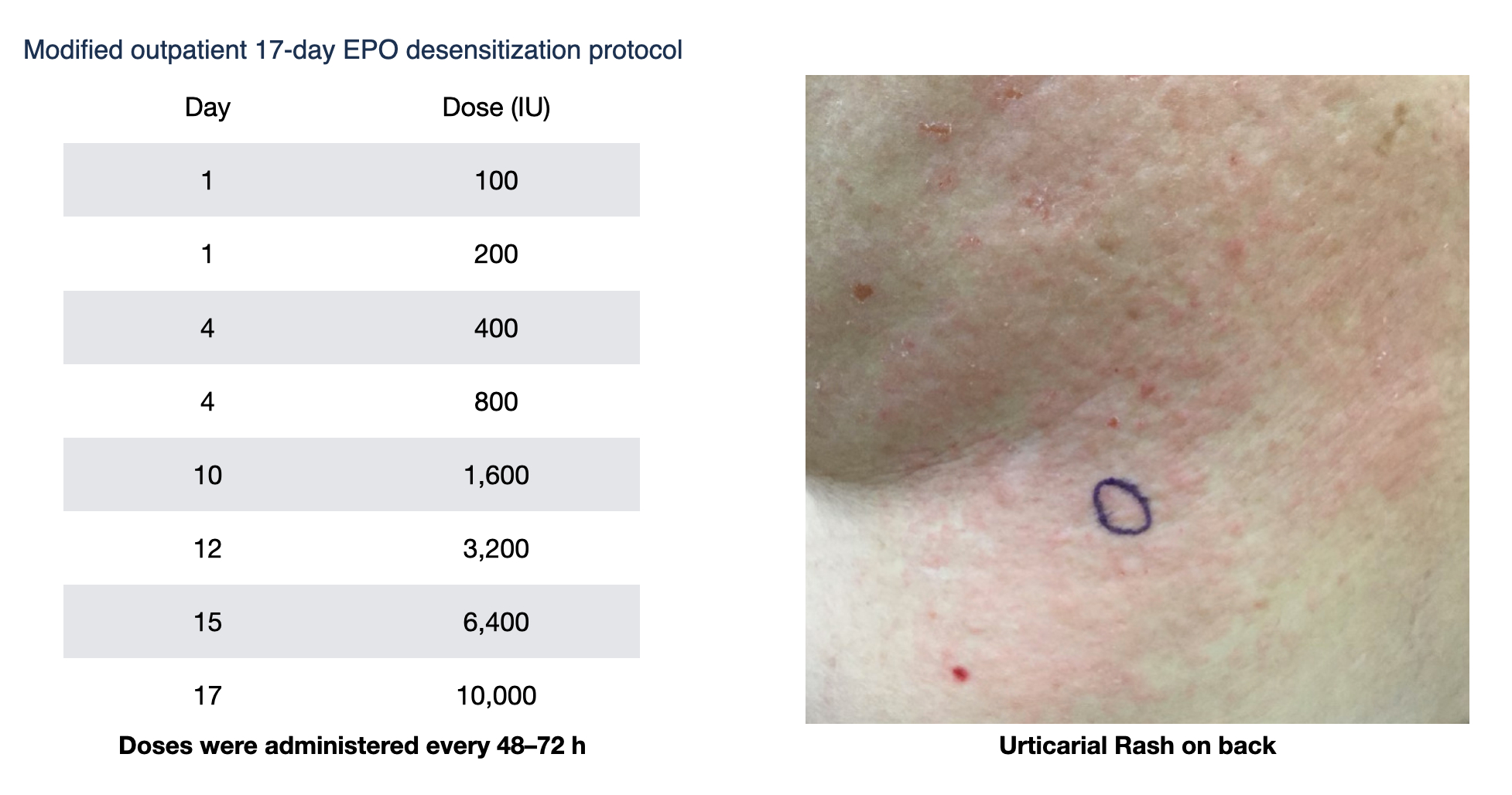