We systematically searched PubMed, EMBASE, CENTRAL, and ClinicalTrials.gov up to through January 2021 to identify eligible randomized controlled trials (RCTs) that reported the mean changes in serum electrolytes, including magnesium, sodium, potassium, phosphate, and calcium. We performed both random-effects pairwise and network meta-analyses to calculate the weighted mean difference (WMD) and 95% confidence intervals (CI).

In total, we included 26 RCTs involving 28,943 T2D patients with 6 SGLT2is. Compared with the placebo, SGLT2is were significantly associated with elevations in serum magnesium by 0.7mmol/L (95% CI,0.06, to 0.08 mmol/L) and serum phosphate by 0.02 mmol/L (95% CI, 0.01 to 0.03 mmol/L). Our network meta-analysis showed no evidence of significantly superior efficacy of any specific SGLT2 inhibitor over the others, although dapagliflozin was associated with a larger magnitude in significant increment ases in serum magnesium associated with dapagliflozin (WMD = 0.16 mmol/L), compared to other SGLT2is. Similarly, no statistically detectable differences were evident between any two of SGLT2 inhibitors on serum levels of other electrolytes.

SGLT2is could significantly increased serum magnesium and phosphate levels, consistent with a class effect of SGLT2 inhibition. However, further investigation on more data for long-term efficacy and safety in T2D patients with different clinical phenotypes are needed for further investigation. 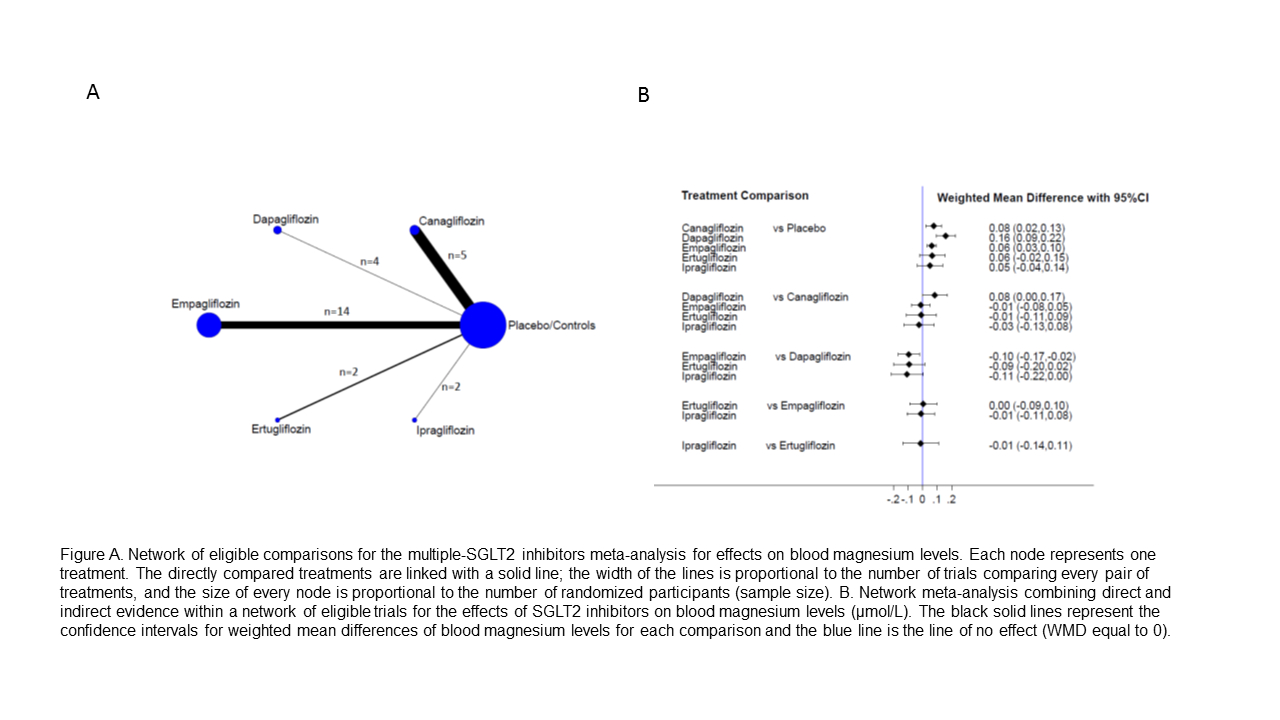