Endothelial dysfunction (ED), characterized by a reduction in vasodilation as a response to endothelial stimuli, has been reported in patients at almost all stages of chronic kidney disease (CKD). Considering that apelin is a vasoactive molecule causing nitric oxide release from endothelial cells, we aimed to investigate the regulatory role of apelin receptor on CKD-induced ED.

Adult Sprague Dawley male rats were randomized into sham-operation or 5/6-nephrectomy (CKD) groups. CKD groups were treated subcutaneously with saline (S-CKD) or 100 µg/day (each) of apelin (A-CKD), ala-apelin (Ala-CKD) or apelin+ala-apelin (A+Ala-CKD) for eight weeks. Isolated aortas were mounted in organ baths and their vasorelaxatory responses to carbachol (CCh) and apelin were evaluated following pre-contraction with phenylephrine.

Apelin, which directly relaxes aortic rings of intact rats in an endothelium-dependent manner, ameliorates CKD-induced endothelial dysfunction when given as a treatment. Moreover, this beneficial effect of apelin treatment on endothelial vasomotor function appears to act by the preserving the activity of nitric oxide-signaling pathway. 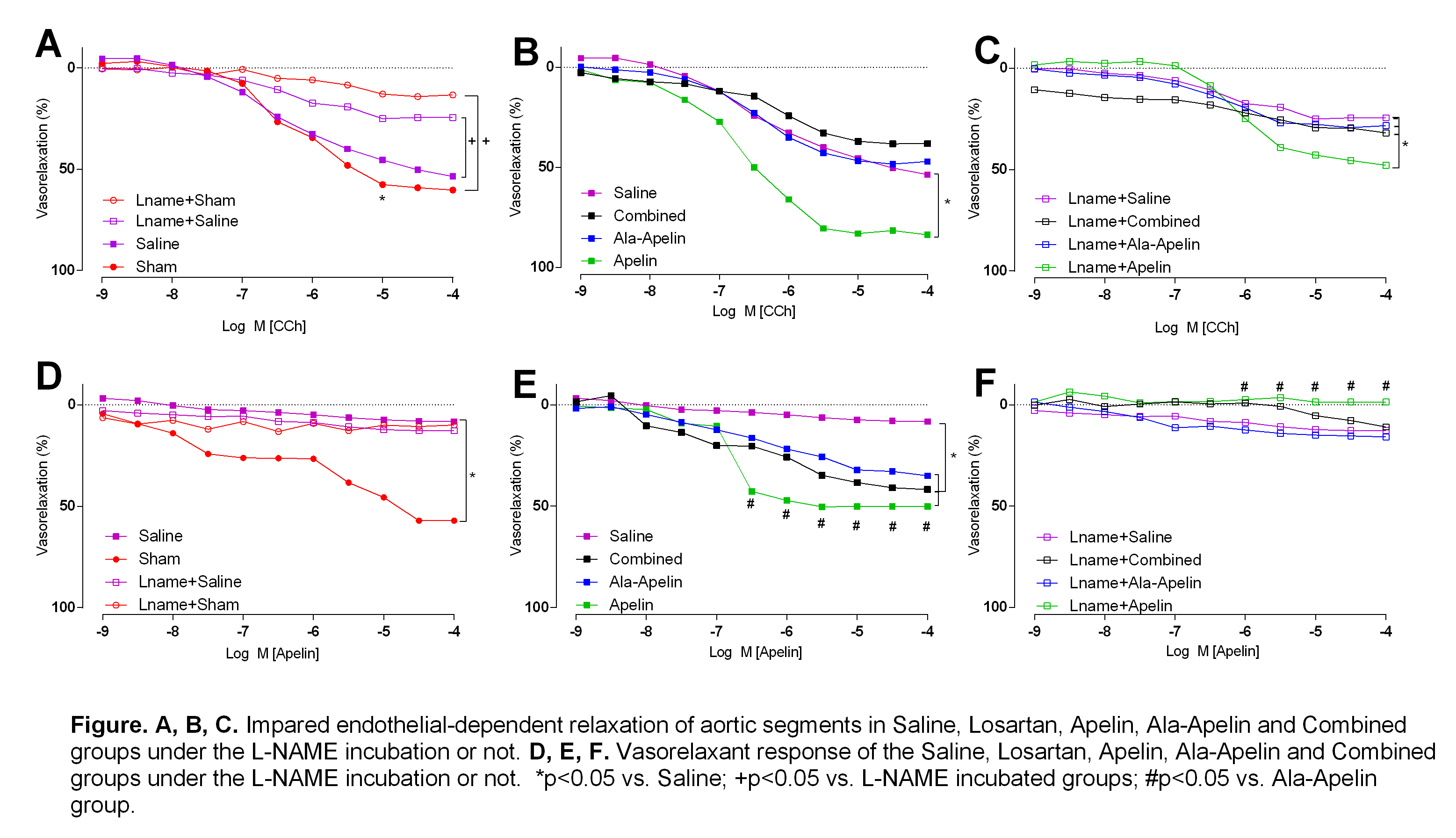