Chronic hemodialysis (HD) patients often present to the emergency department (ED) with hyperkalemia, which in turn, is associated with morbidity and mortality. In this study we sought to identify pre-hospital predictors of hyperkalemia in patients transported to the ED via ambulance (ambulance-ED).

We analyzed all ambulance-ED transports in a cohort of chronic hemodialysis patients from 2014-2018 (using a province-wide emergency medical services database). The outcome was severe hyperkalemia using the first blood draw after ambulance-ED transport and defined as ≥6 mmol/L. Characteristics of interest included vital signs prior to transport, days from last dialysis and prehospital electrocardiograms (ECGs) interpreted by paramedics prior to transport. The association between prehospital factors and hyperkalemia was analyzed using adjusted logistic regression.

A total of 270 dialysis patients had 704 ambulance-ED transports followed by an ED potassium blood draw. Severe hyperkalemia occurred after 75 (11%) transports. In an adjusted parsimonious model (Table 1, N=609), age, dialysis vintage, bradycardia and days from last dialysis were associated with severe hyperkalemia. Among those with prehospital ECGs (N=377), presence of a prehospital ECG abnormality (i.e. peaked t-waves and/or first-degree atrioventricular block) was strongly associated with ED hyperkalemia (odds ratio 6.64, 95% confidence interval 2.31-19.12). Overall, 45% of hyperkalemic patients versus 24% of non-hyperkalemic patients required re-transport to another hospital to facilitate dialysis in a monitored setting after initial presentation.

A longer interval from last dialysis and prehospital ECG changes are strongly associated with hyperkalemia after transport to the ED. Having an awareness of these associations may allow healthcare providers to define novel care pathways to ensure timely diagnosis and management of hyperkalemia. 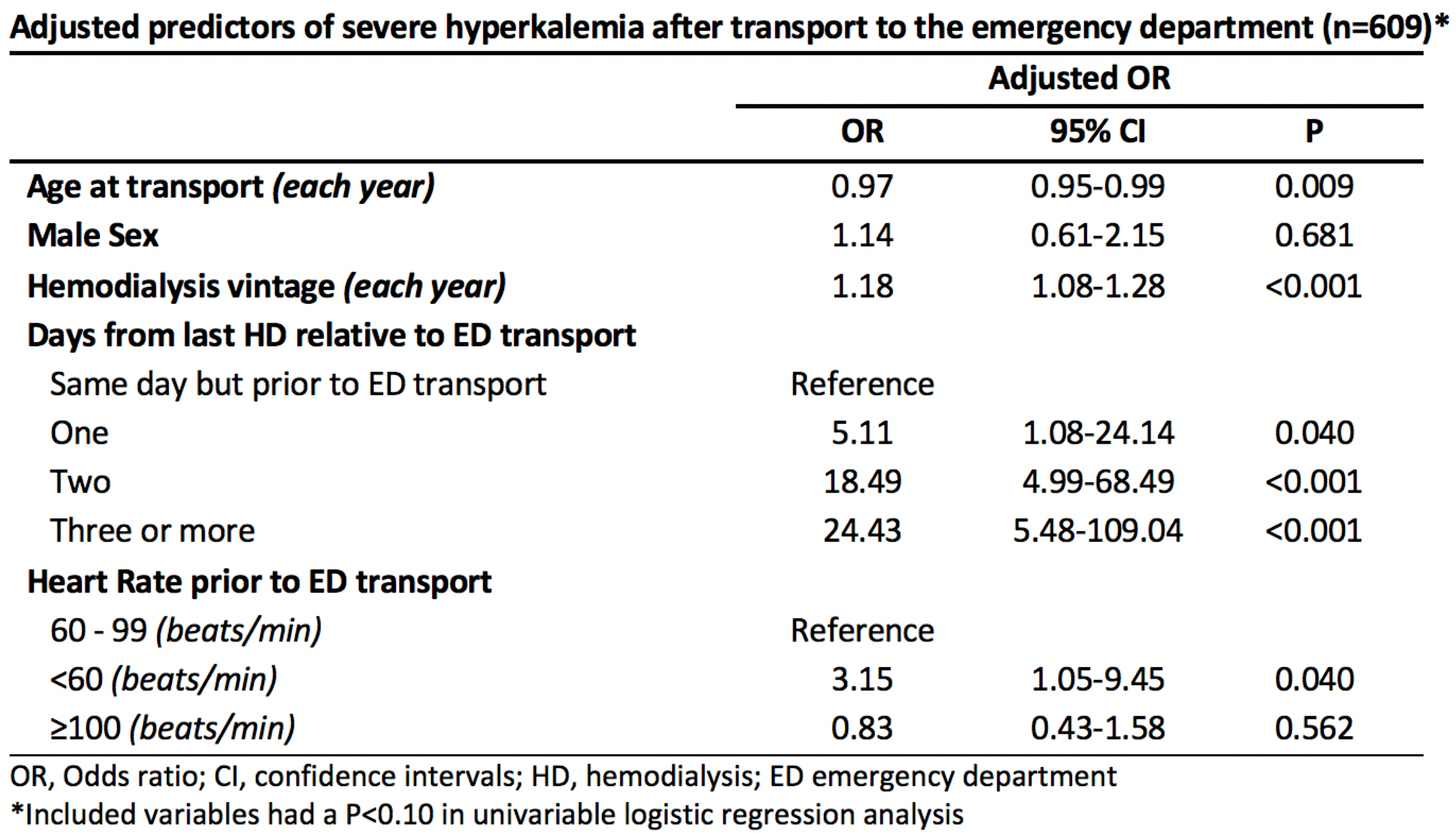