Follow-up after living kidney donation in the United States has improved with recent policy mandates. We hypothesized that lack of insurance at donation may be a barrier to postdonation follow-up.

We examined Scientific Registry of Transplant Recipients (SRTR) data for 90.460 living kidney donors (LKD) in 2004-2018 to examine associations (adjusted odds ratio, aOR) of insurance status and other baseline factors with clinical and laboratory follow-up after donation.

While follow-up after living kidney donation is improving, uninsured LKD and those who are non-white, unemployed, and with lower education are less likely to receive follow-up. Novel initiatives are needed to provide access to follow-up care for at-risk LKD, including the uninsured and under-insured, to minimize the risk of socioeconomic disparities in long-term postdonation outcomes. 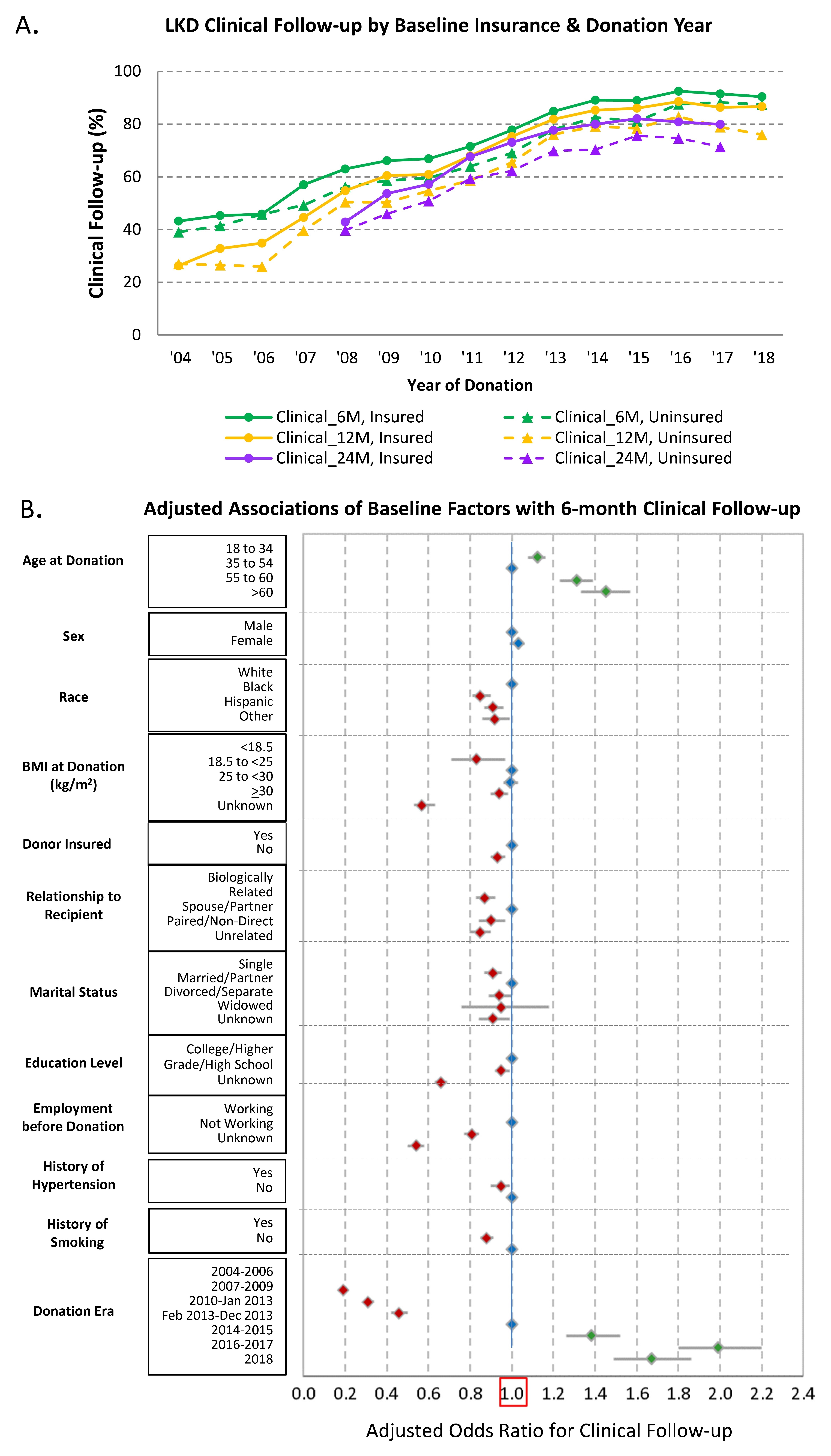