A 42-year-old tri-athlete with a history of pediatric meningitis with hydrocephalus requiring placement of a ventriculoperitoneal shunt presented with lower extremity swelling limiting his ability to exercise. He denied non-steroidal anti-inflammatory drug and illicit drug use, and was not on any prescribed medications. Laboratory workup showed serum creatinine: 1.2 mg/dL (normal 0.7 – 1.2), serum albumin: 2.1 mg/dL (normal 3.9 – 4.9), CG: 140 μg/mL (normal 0 – 50), C3: 39 mg/dL (normal 86 – 166), C4: 7 (normal 13 - 46), and a urine protein to creatinine ratio (UPCR) 5.9 g/g. Kidney biopsy showed diffuse proliferative GN with polyclonal IgM deposits consistent with mixed cryoglobulinemic GN (figure 1). An infectious workup, including human immunodeficiency virus (HIV), viral hepatitis, blood and urine culture, and a lumbar puncture were unremarkable. Computed tomography of the chest, abdomen, and pelvis revealed splenomegaly. Echocardiogram and bone marrow biopsy were non-diagnostic. He was treated with rituximab and prednisone with normalization of CG, C3, and C4, a reduction in UPCR to 0.5 g/g and return to full exercise capacity five months later.

Mixed cryoglobulinemic GN is a rare disorder caused by polyclonal deposition of IG in the kidney. Autoimmune disease, hematological malignancies, and infectious etiologies such as endocarditis, HIV, and viral hepatitis should be ruled out prior to immunosuppressive therapy. Our patient elected to proceed with treatment due to his poor quality of life and evidence of end-organ involvement. Although workup for hematological malignancies was unremarkable, it is unclear if his splenomegaly could be reflective of an underlying indolent lymphoma, which could have simultaneously responded to rituximab treatment. 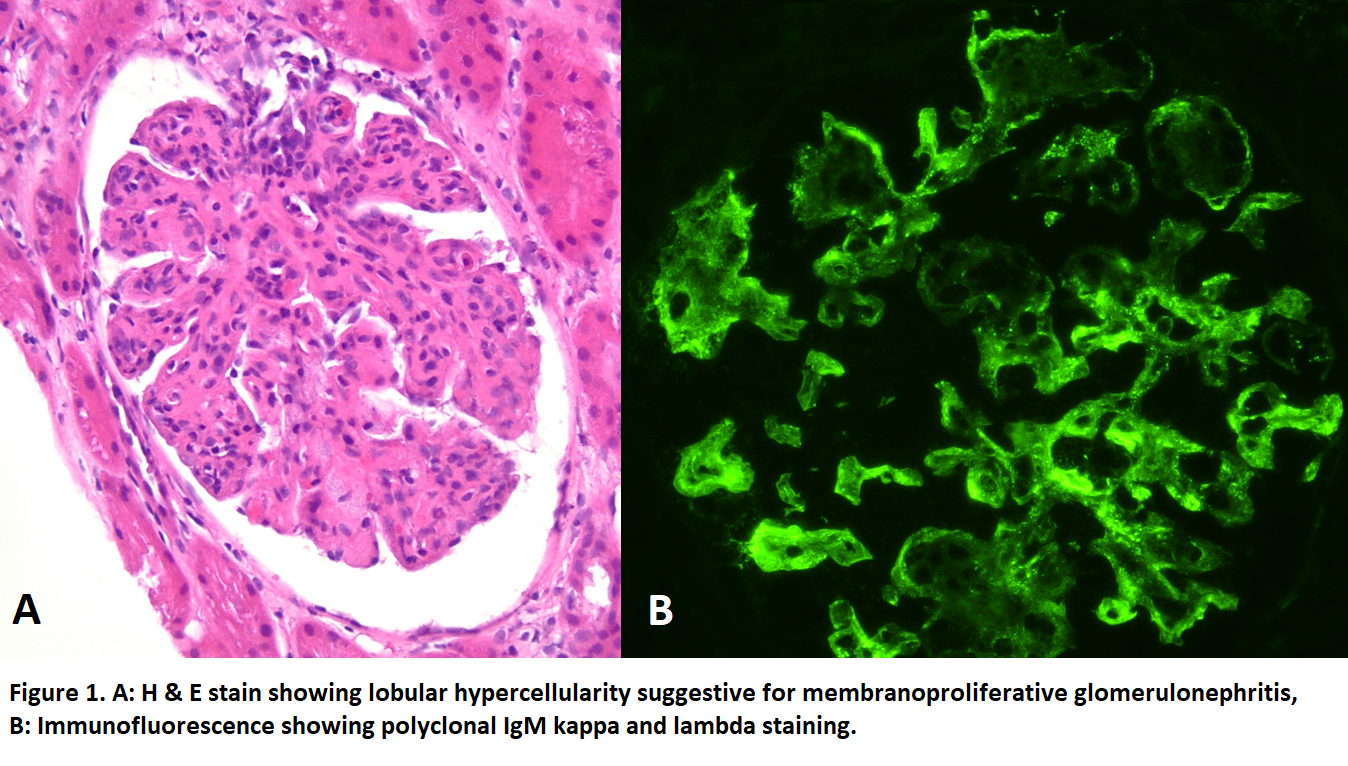