For patients undergoing hemodialysis, large changes in systolic blood pressure (SBP) from before to after the dialysis has been associated with worse survival. Declines in residual kidney function has also been associated with worse survival. However, the association between SBP changes and residual kidney function decline has not yet been examined.

Linear regression analysis indicated a linear relationship between change in SBP and KRU decline even after adjusting for covariates. Trends across all models showed hemodialysis patients with increased systolic blood pressure showed increased residual kidney function compared to the reference (-10 to -0 mmHg). After adjusting for covariates, hemodialysis patients with SBP levels that increased by 10mmHg or more had the greatest increase of KRU (0.12, 95% CI (-0.39, -0.62)), while patients with a decrease of SBP by 10-20mmHg had the greatest decline (-0.31, 95% CI (-0.60, 0.02)). Models adjusting for SBP measures showed similar trends, while the model without low-SBP and post-SBP showed an increased in KRU when SBP decreased by 10-20mmHg (0.23, 95% CI (0.01, 0.05).

Increase in SBP was associated with a greater KRU decline in hemodialysis patients. Futher studies should examine the underlying causes of this association and determine if modifications to dialysis treatments can improve preserving KRU and patient survival. 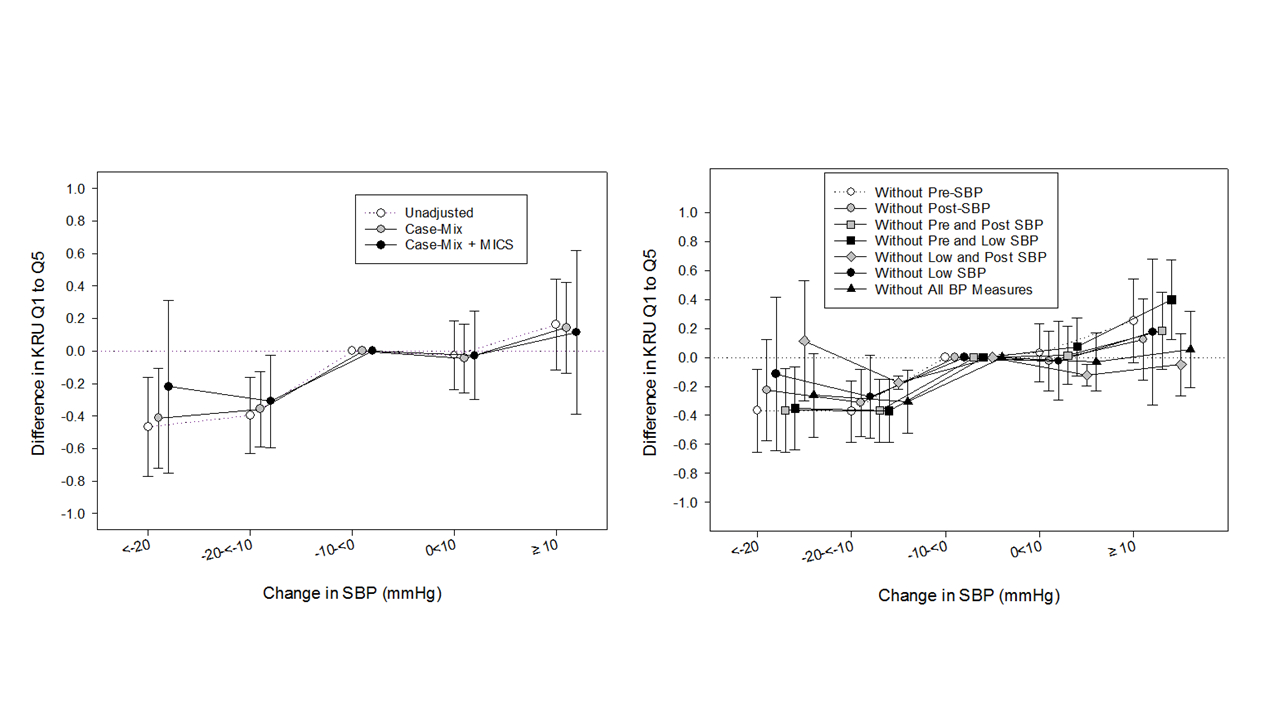