Hemoglobin and Mortality Across Race Among Children Who Transitioned to Dialysis Therapy: An Analysis of CEFDIM and USRDS Data

Hemoglobin and Mortality Across Race Among Children Who Transitioned to Dialysis Therapy: An Analysis of CEFDIM and USRDS Data

Low hemoglobin (Hgb) is a strong predictor for mortality in adult dialysis patients, and children on dialysis experience optimal Hgb levels less frequently than adults. Racial disparities have also been identified in pediatric dialysis patients, with Blacks experiencing unfavorable clinical outcomes and poor access compared to Whites. However, there is less literature examining the impact of race on the association of Hgb with mortality among pediatric patients on dialysis. 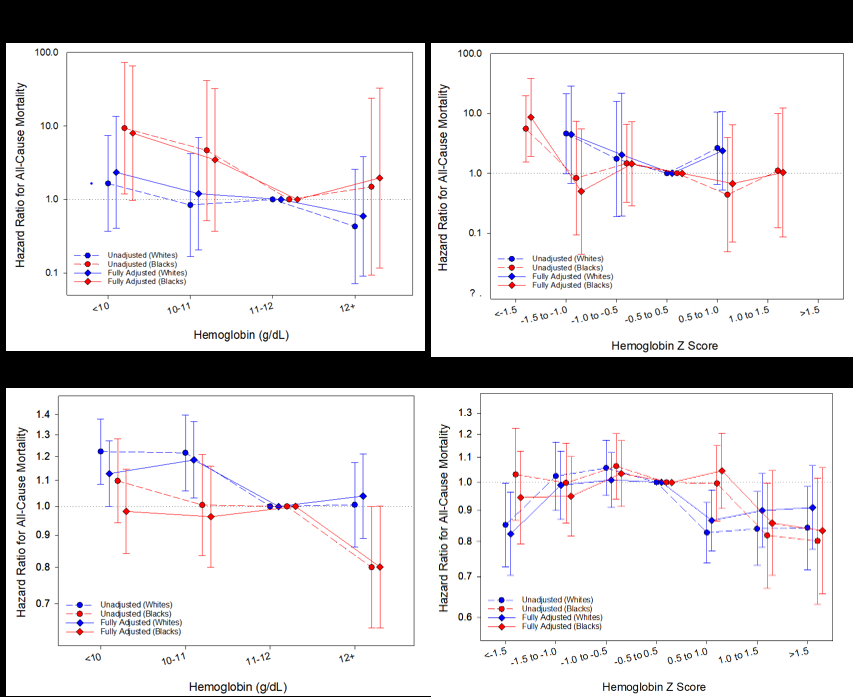