Human acute kidney injury (AKI) is a multifactorial process and severity varies between individuals. The murine cisplatin model is a replicable example of AKI with limited confounding variables. We determined the pathways and injury markers dysregulated across the nephron in cisplatin AKI. We localized relevant human cell state signatures with spatial transcriptomics (ST) to determine which were most prevalent in cisplatin AKI and where these cells reside.

Cisplatin mice had increased BUN and tubular atrophy. scRNAseq identified 32 cell clusters, merged across common cell types. Cell cycle genes (Cdkn1a) were upregulated across epithelial cell types, but injury markers (Lcn2 and Spp1) were only upregulated in the distal nephron. A novel cluster of dedifferentiated injured cells was identified and defined by cell cycle markers, Lcn2 and Spp1, suggesting a distal nephron origin despite dedifferentiation. Cdkn1a was upregulated in ST across all cell types, but the novel injury cluster mapped only to the outer renal cortex. From the 6 identified human cell states, the adaptive epithelial state was found to be upregulated in cisplatin mice.

This study localizes the differential effects of cisplatin across the nephron. It adds support to the human injury cell states defined from scRNAseq of heterogenous human samples, showing their relevance in a well-defined AKI model. 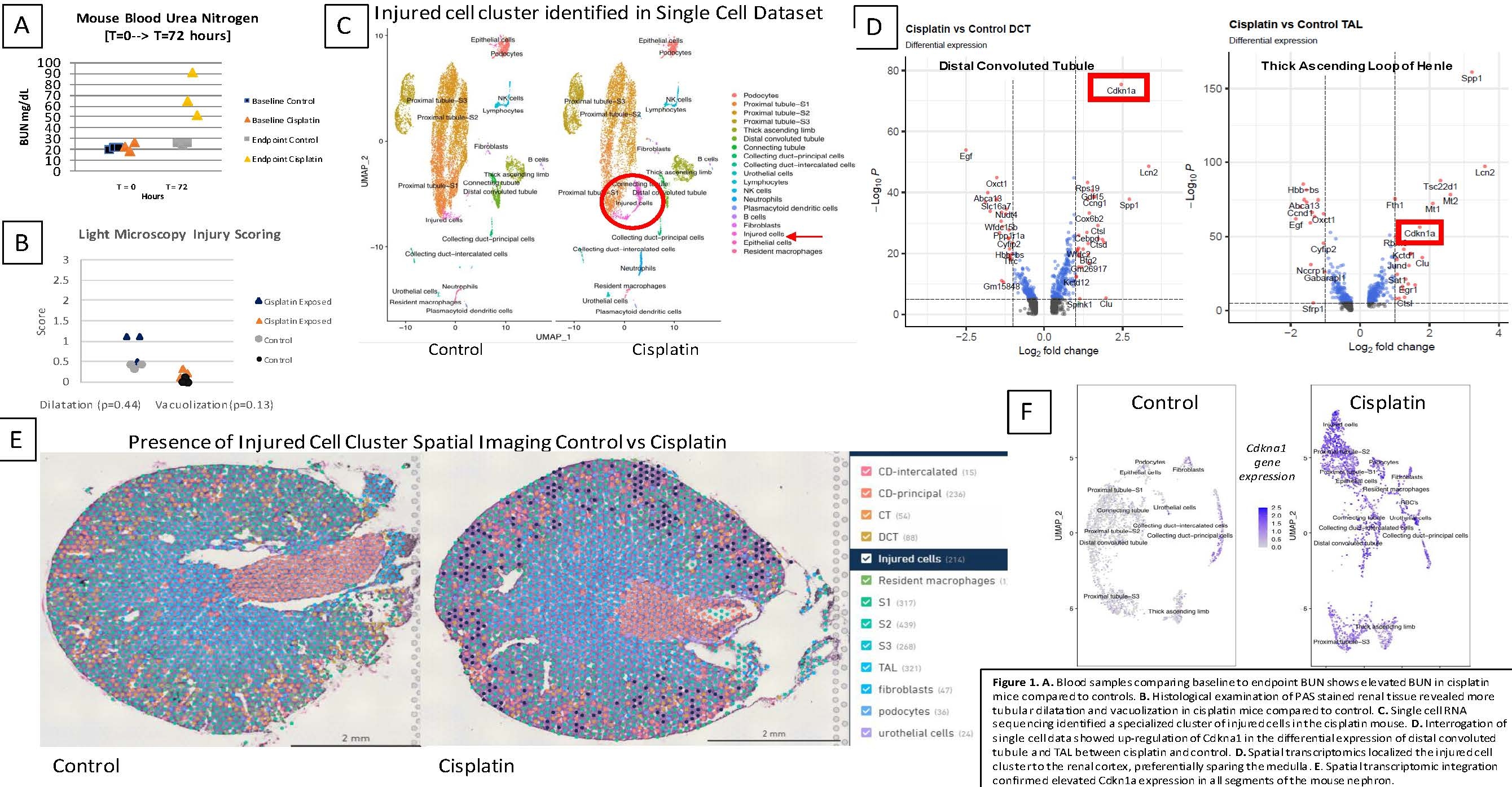