Anti-double-stranded DNA (anti-dsDNA) antibodies in autoimmune diseases such as systemic lupus erythematosus (SLE) may interfere with immunoassay technologies that use oligonucleotide-based antibodies (Olink) or aptamers (SomaScan). In this study, we compare measurements of plasma kidney injury molecule-1 (KIM-1), a well-known marker of tubular injury, across two different immunoassay technologies in patients with and without SLE.

We measured plasma KIM-1 levels in 444 individuals enrolled into a prospective, observational cohort study of patients with chronic kidney disease using microbead-based sandwich ELISA and the proximity extension assay (PEA, Olink). The PEA uses oligonucleotide-labeled antibodies that bind to the target protein. We investigated differences in plasma KIM-1 measurements between the two assays in individuals with SLE (n=68) and individuals with other diseases than SLE (n=376) using Bland-Altman plots and Spearman correlation coefficients.

Anti-dsDNA antibodies in SLE may interfere with measurements by oligonucleotide-labeled antibodies. 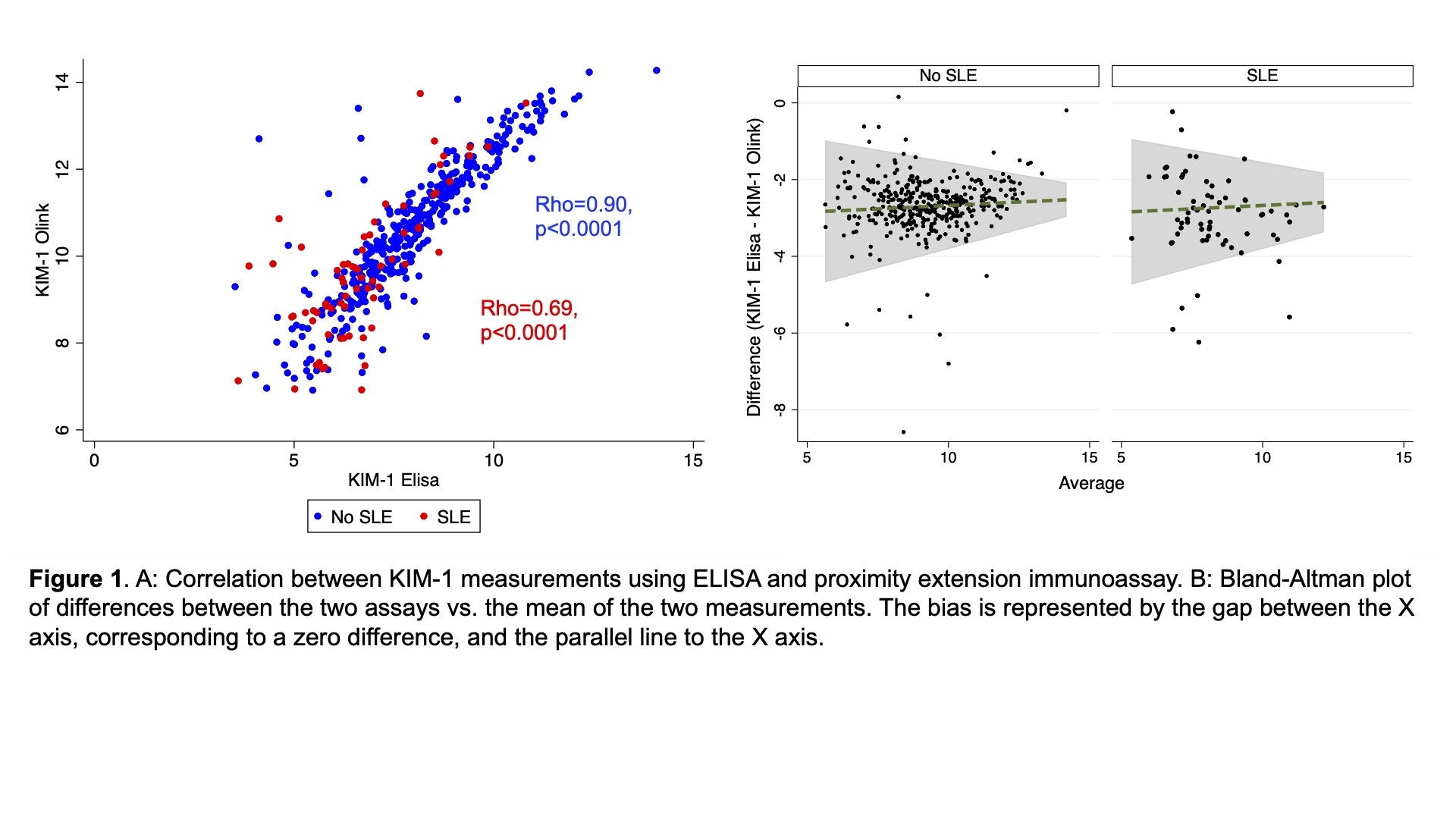