Pruritus is common in patients with CKD not on dialysis, but its incidence and risk factors have not been rigorously evaluated.

Using data from the Chronic Renal Insufficiency Cohort (CRIC) study, we identified 2,164 participants that were pruritus free at baseline. Pruritus was assessed annually by the Kidney Disease Quality of Life instrument. We used Cox models adjusted for age, sex, race, ethnicity, diabetes, smoking status, and opioid use to analyze the association of pruritus with baseline estimated GFR, categorized as <30, 30 to <45, 45 to <60, and ≥60 mL/min/1.73 m2. In an exploratory analysis, markers of bone-mineral metabolism and inflammation, possible mediators of the association between eGFR and pruritus, were added to the models to evaluate their association with risk of pruritus.

A significant proportion of patients with CKD develop pruritus, even at modestly reduced eGFR ≤ 45 mL/min/1.73 m2. Careful assessment and management of pruritus should be considered as a part of routine CKD care. 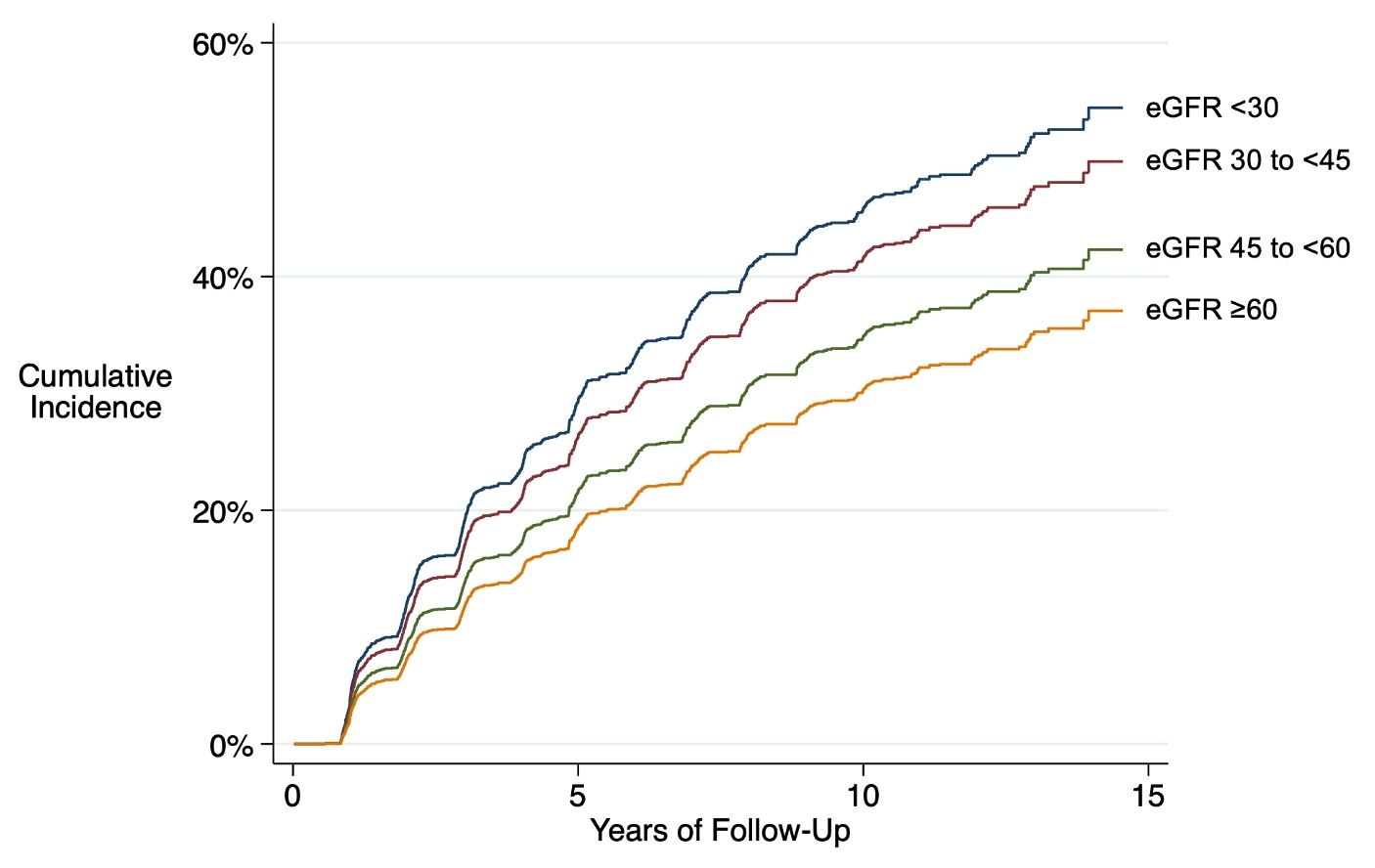 Adjusted cumulative incidence of pruritus by eGFR in the CRIC study