The Kidney Failure Risk Equation (KFRE) is a validated clinical tool used to predict progression from CKD to kidney failure. Concerns over risk overestimation have been raised with prediction models, such as the KFRE, where death is not treated as a competing event. Herein, we evaluated the effect of age (with which the competing risk of death would be anticipated to increase) on KFRE performance in advanced CKD.

All patients referred to the advanced CKD clinic at the Ottawa Hospital from 2010-2018 were divided into age quartiles: <58, 58-67, 68-77, and ≥78 years. Predicted vs observed rates of kidney failure were compared over 2- and 5-years. Predictive performance of the KFRE was determined by ROC curves (discrimination) and calibration plots. Cumulative incidence of kidney failure was compared between models that accounted for the competing risk of death and those that did not.

In older patients with advanced CKD at high risk of kidney failure, the KFRE overestimates risk and this overestimation relates to the increasing competing risk of death with older age. 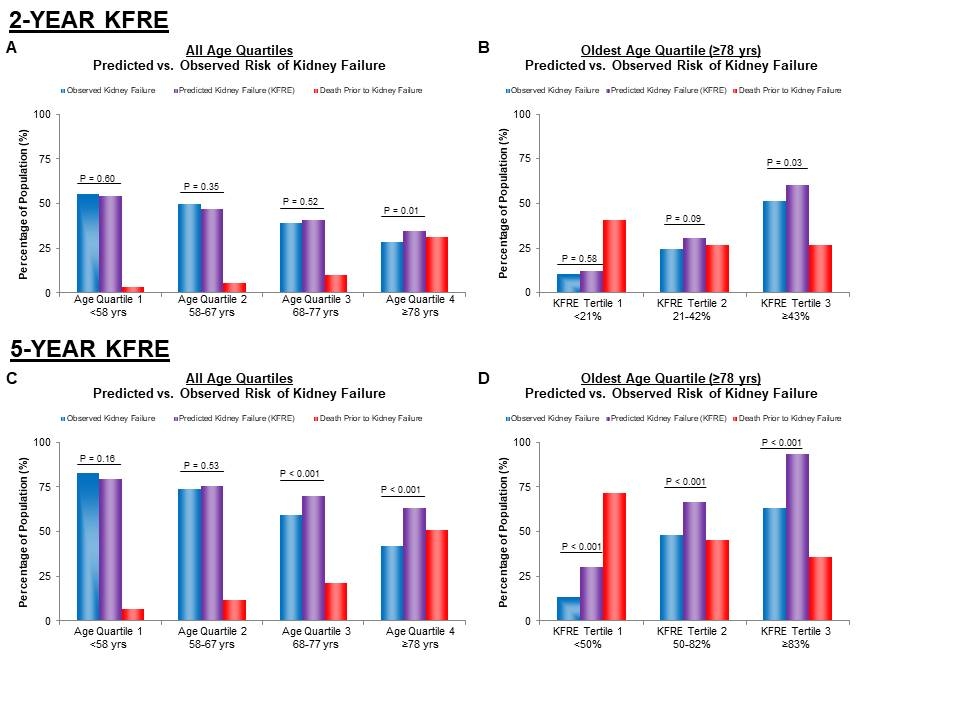