Hypertension is common in patients receiving maintenance hemodialysis (HD). A subset of patients experience increases in systolic blood pressure (SBP) from pre- to post-HD (intradialytic hypertension). This phenomenon is known to be associated with adverse short and long-term outcomes, but there is little consensus on an evidence-based definition.

Individuals with any increase in SBP from pre- to post-HD experienced the highest adjusted risk of mortality, compared with other threshold-based definitions with effect modification by age and PVD. 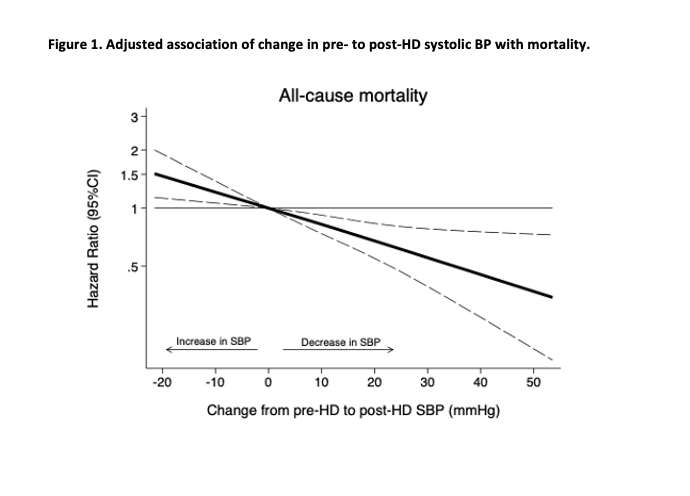