Hyponatremia has been associated with an increased risk for falls, but evidence is primarily limited to outpatient events. Hyponatremia is a potential surrogate of conditions that may lead to falling including volume depletion, malignancy, pain, polypharmacy, and weakness. We hypothesized that a model could be developed to predict falls based upon accessible variables present on all hospital admissions. An accurate model could allow for measures to lower in-hospital falls.

Medical records from a single institution were collected over a period of 2011 to 2019. Subjects included admitted patients who suffered a recorded in-hospital fall and were admitted, and controls matched for admission on the same date. Variables collected include sodium, glucose, age and gender. There were 17,013 patients total of which1,203 had unique falls. Data was split into an 60% training, 20% validation and 20% testing split. We computed an unadjusted odds ratio of falls for those with very low sodium (<126). We trained logistic regression, random forest, XGBoosted forest, and neural net classifiers. Classifier cutoff was calculated using Youden values.

We did not see an increased incidence of falls in the population with a low sodium (N=377) with an unadjusted odds ratio of 0.62 (CI 0.38-1.01). Similarly, the model performances did not result in clinically useful predictions with a unanimously high false positive and false negative rates (Figure 1).

Despite reports of hyponatremia as an indicator of fall risk we did not observe this. The fall-prediction models did have the capacity for high performance on the training data, but this does not translate to validated performance. This discrepency is termed 'overfitting' and is important to evaluate as machine learning models have a much larger capacity than traditional statistical models to incorporate previously seen examples. If a model cannot make predictions on new data it cannot be clinically useful. These models may be enhanced using other basic admission features and is the subject of future work. 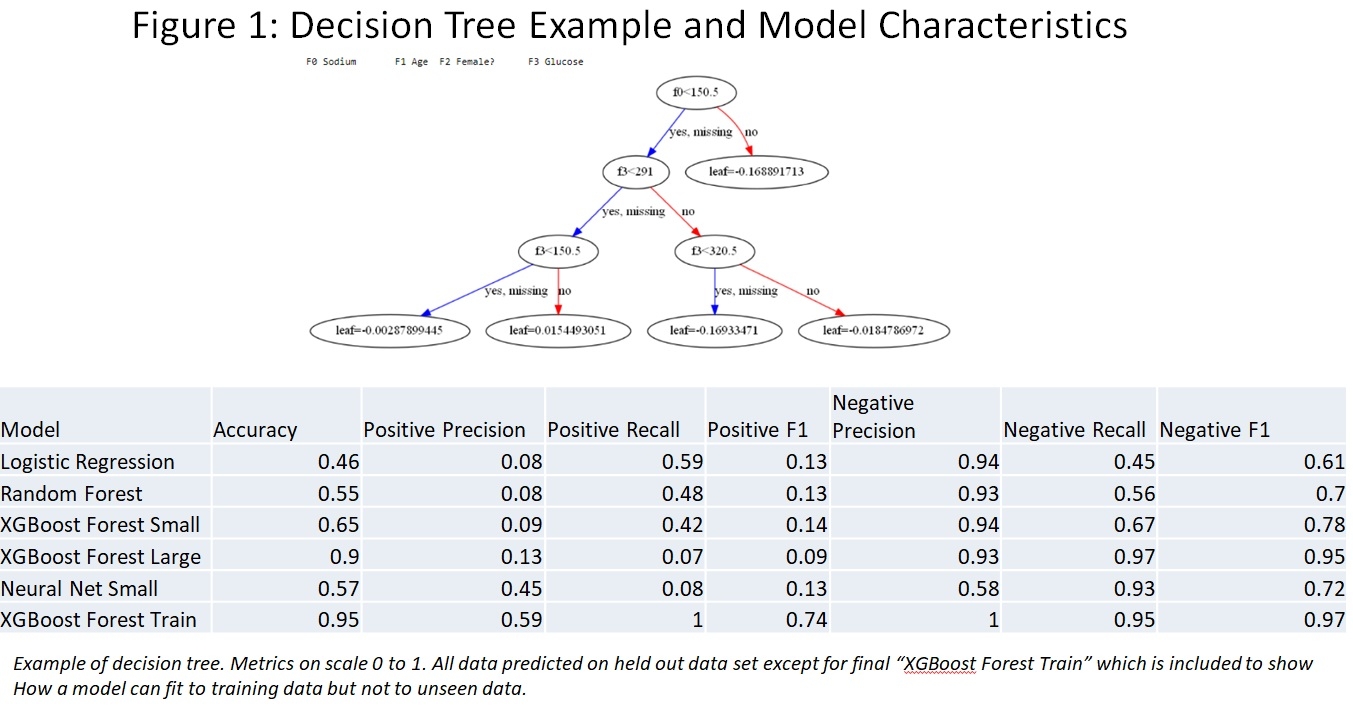