Among 769 AKI patients both LCA and k-Means clustering identified two AKI sub-phenotypes. Class 1 was characterized by a higher prevalence of prior congestive heart failure and favorable blood inflammatory and urinary tubular injury biomarkers, while class 2 was characterized by higher rates of prior chronic kidney disease and less favorable biomarkers. After a median follow-up of 4.7 years, the risk for MAKE was higher with class 2 (HR 1.41; 95% CI, 1.08 to 1.84) compared with class 1 adjusting for demographics, hospital level factors and KDIGO Stage of AKI. The higher risk of MAKE among class 2 was explained by a higher risk of chronic kidney disease progression and dialysis (Figure 1). 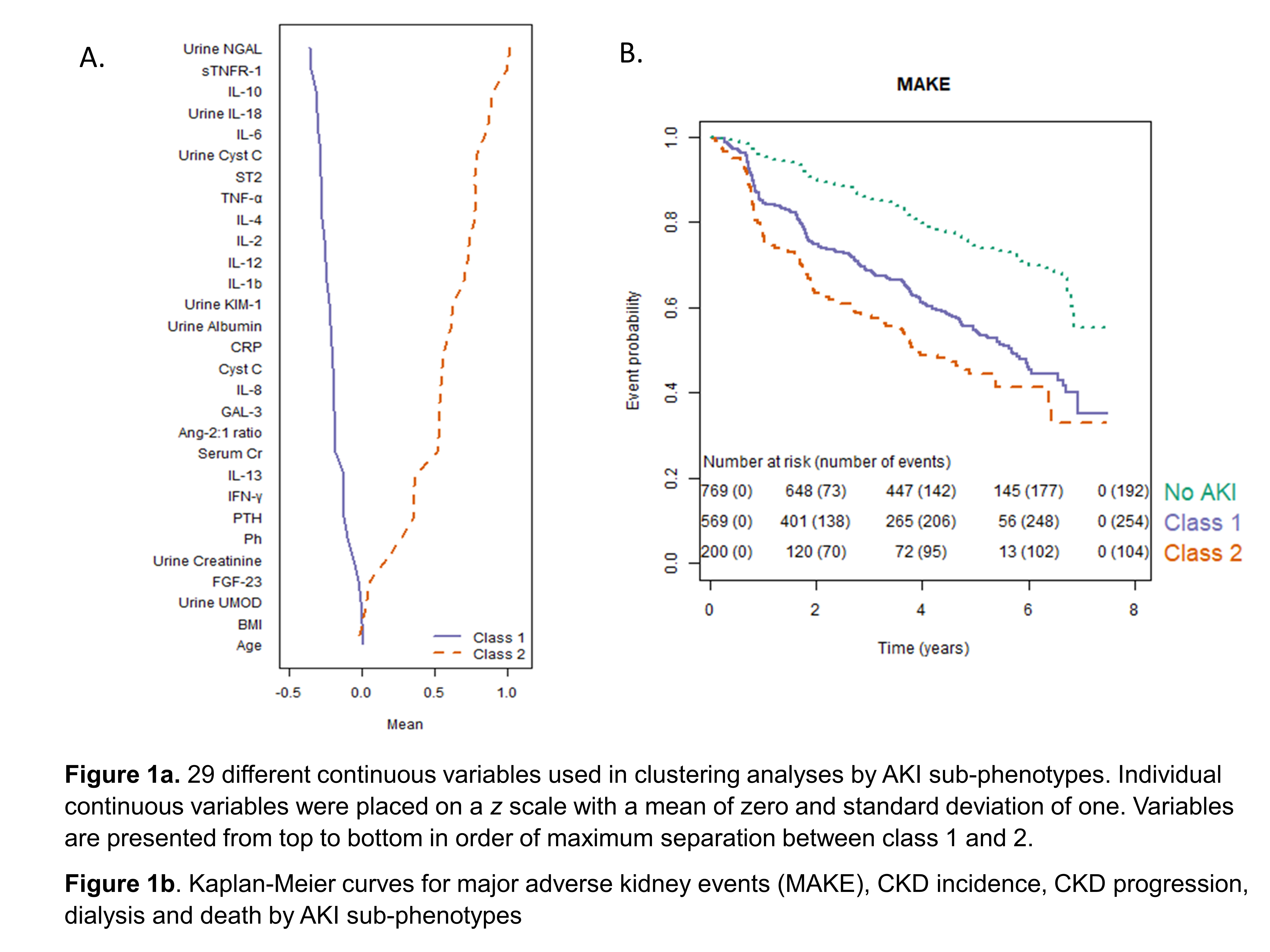