Retrospective chart review in chronic hemodialysis patients was done in 3 hemodialysis centers in North Bangkok during November 2015 and March 2016. Arterial stiffness, SAF, IMAR and PVD were collected as a clinical predictor. Cumulative incidence of mortality was used as was a primary outcome. Logistic regression with competing risk model was used to analyze the factor affecting mortality. 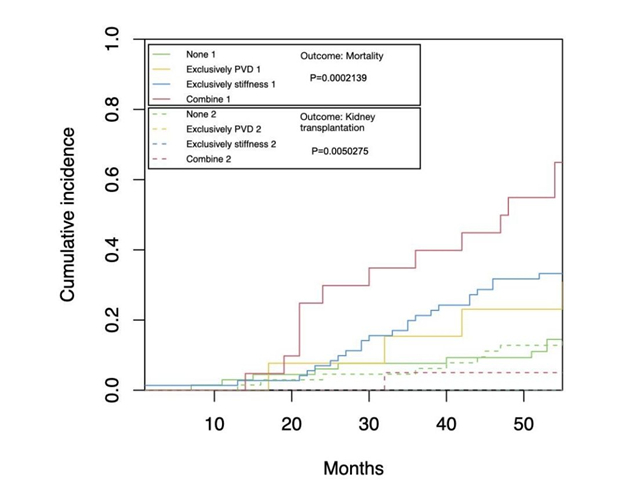