Data from kidney replacement therapy (KRT) registries suggest large international variation in the incidence of kidney failure (KF). However, these data strongly depend on treatment availability and practices of KRT initiation. Measuring the incidence of sustained low eGFR, i.e. <15 mL/min/1.73 m2, would enable to explore differences in progression to KF across countries after adjusting for individual characteristics.

We analyzed data from patients with CKD stages G3-G4, under nephrology care in representative samples of clinics in Brazil (n= 747), France (n= 2786), Germany (n= 2539), and the United States (n=1309), participating in the CKDopps. We used Weibull PH models to compare the risk of KRT initiation across countries, and Illness-death models for interval censored data, to compare the risk of sustained low eGFR and to estimate probabilities of KF (composite of KRT initiation and sustained low eGFR).

The incidence of KF varies across CKDopps countries, but to a much lesser extent than the incidence of KRT initiation. This finding highlights the relevance of such approach to disentangle the effects on CKD progression from those on access to care. 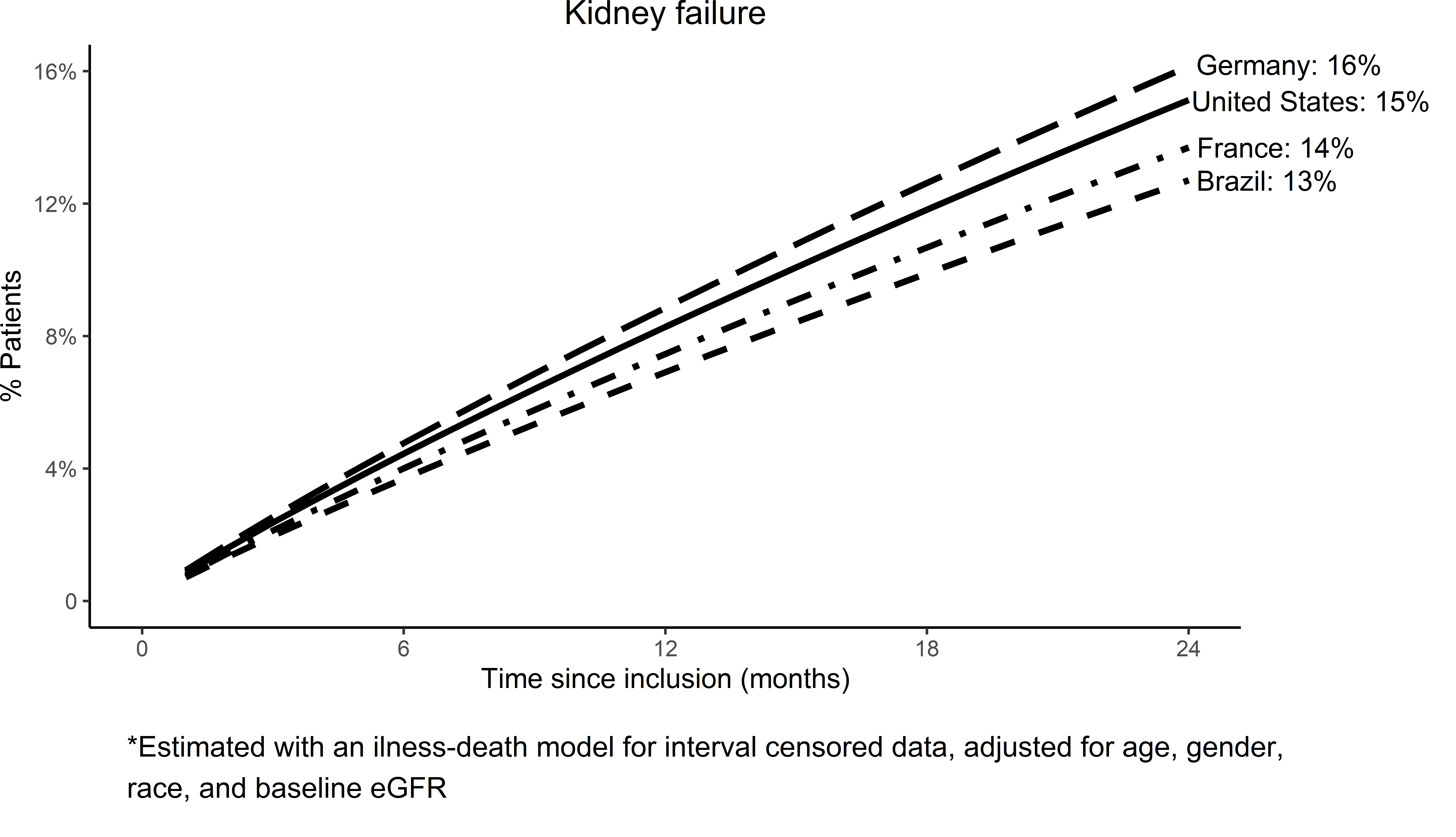