Groups were well matched for age, gender, aetiology of ESRD and cardiovascular risk factors. Average baseline CAC scores were similar between UHD and NHD but significant progression occurred only in UHD (Figure). The relative increase in CAC score was significantly higher for UHD (71.2%) than NHD (6.7%), p=0.04.

Over the study there were no significant changes in markers of bone mineralisation or inflammation for either group except patients undergoing NHD had a significant reduction in IL-18 (117pg/ml ± 59 to 75pg/ml ± 30, p=0.04).

Extended hours NHD significantly decreased progression of CAC compared with UHD. Progression appeared to be more dependent on levels of inflammation than deranged bone mineralisation with hepcidin the best predictor of CAC progression, but larger scale studies are required. 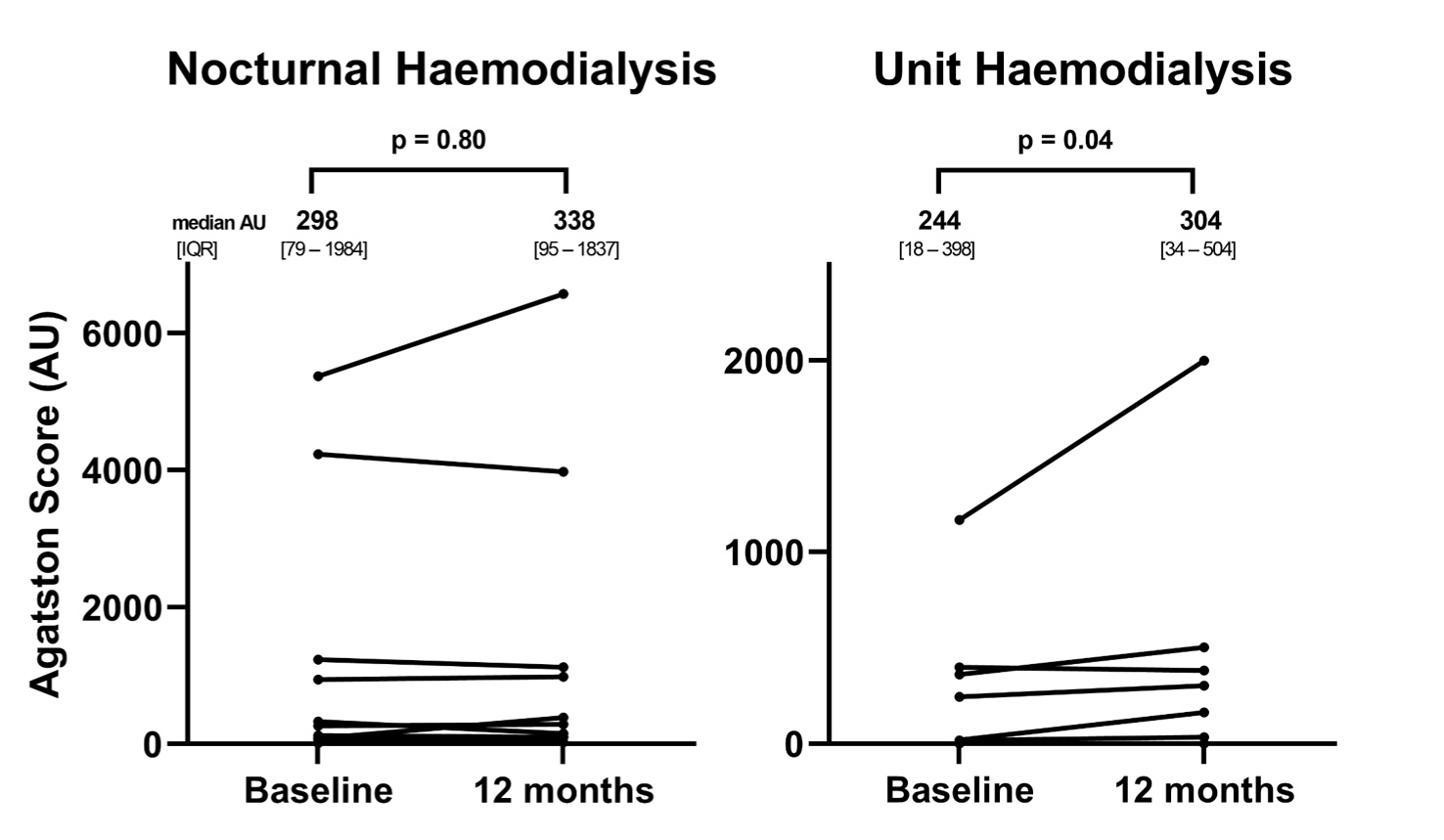