We used glycerol-induced rhabdomyolysis mice model to observe the effect of nicotinamide on kidney injury. Western blot, chromatin immunoprecipitation and small interfering RNA were used to evaluate the role of Klotho in nicotinamide-related renoprotection.

The results showed that nicotinamide attenuated kidney injury in rhabdomyolysis. Moreover, nicotinamide effectively blocked the recruitment of NF-kB, NCoR and HDAC1 to the promoter of Klotho and preserved Klotho expression. More importantly, renoprotection effect of nicotinamide was abrogated when Klotho was knockdown by small interfering RNA.

Our study demonstrates that Klotho preservation is essential for the renoprotection effect of nicotinamide and provides a new preventive strategy for rhabdomyolysis-induced AKI. 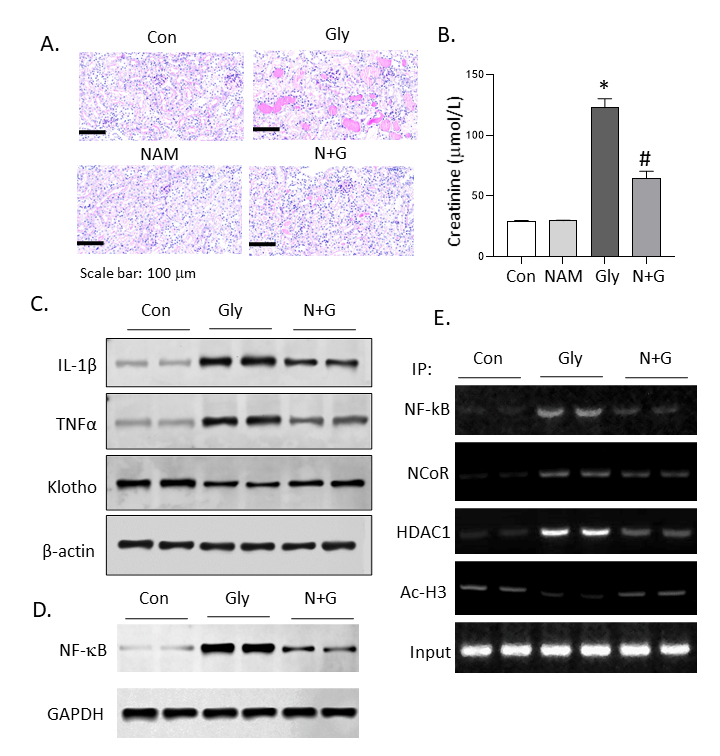 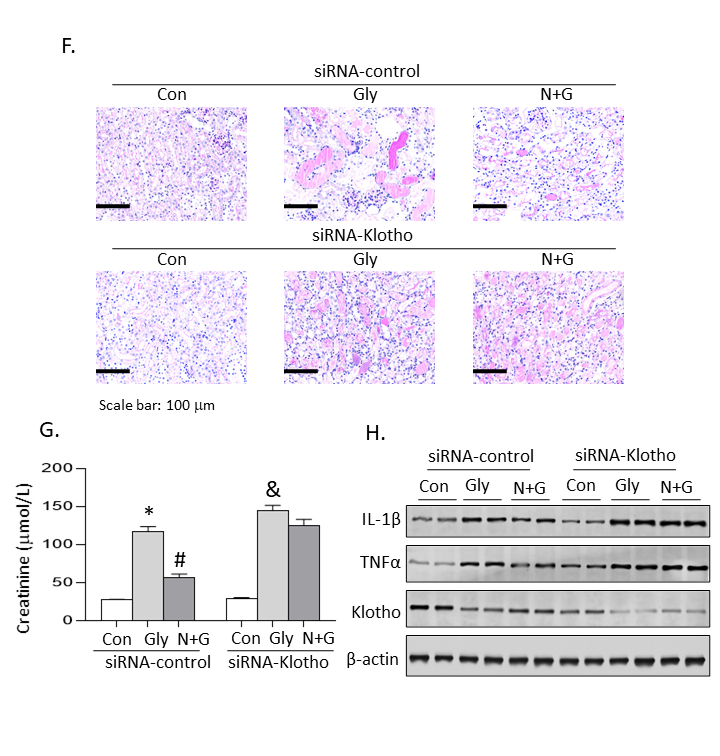