Shrunken Pore Syndrome: Prevalence and Association with Mortality in a Population-Based Cohort of Elderly Women

Shrunken Pore Syndrome: Prevalence and Association with Mortality in a Population-Based Cohort of Elderly Women

75-yr old women (n=849) from the population-based Osteoporosis Prospective Risk Assessment (OPRA-) cohort, with follow-up after 5yr and 10yr were studied. eGFR was calculated with the CKD-EPI equation. SPS was defined as eGFRcysC/eGFRcrea ratio <0.6 and mortality risk (HR [95% CI]) estimated. Women with sarcopenia or on glucocorticoids were excluded.

SPS defined as eGFRcysC/eGFRcrea ratio <0.6 is common in elderly women and associated with increased mortality. While longitudinal data indicate that the state may be reversible. Our results also confirm other studies and suggest that SPS may be a clinically applicable tool to assess mortality risk in the elderly. 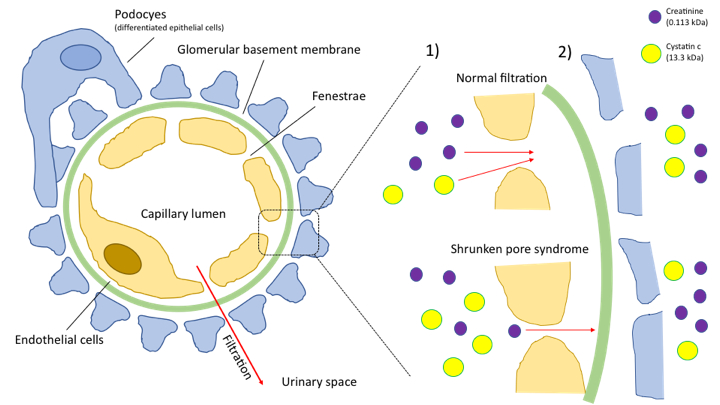