Hospitalized neonates in the NICU are frequently treated with nephrotoxic medications (NM), a risk factor for acute kidney injury (AKI) which is associated with increased neonatal morbidity and mortality. Neonatal treatment with NM and subsequent AKI, especially in periviable neonates could be detrimental to nephrogenesis.

Multicenter retrospective analysis of hospital discharges (2005-2016) using the national Pediatric Hospital Information System database, including 49 pediatric hospitals across the U.S. Treatment with 37 NM in first 28 postnatal days across demographics and clinical variables, and relationship with AKI were evaluated.

The smallest and most immature preterm neonates are frequently treated with NM. the prevalence of AKI is higher in the NM treated group. The long-term implications of treatment with NM and subsequent AKI on nephrogenesis warrant attention in future studies. 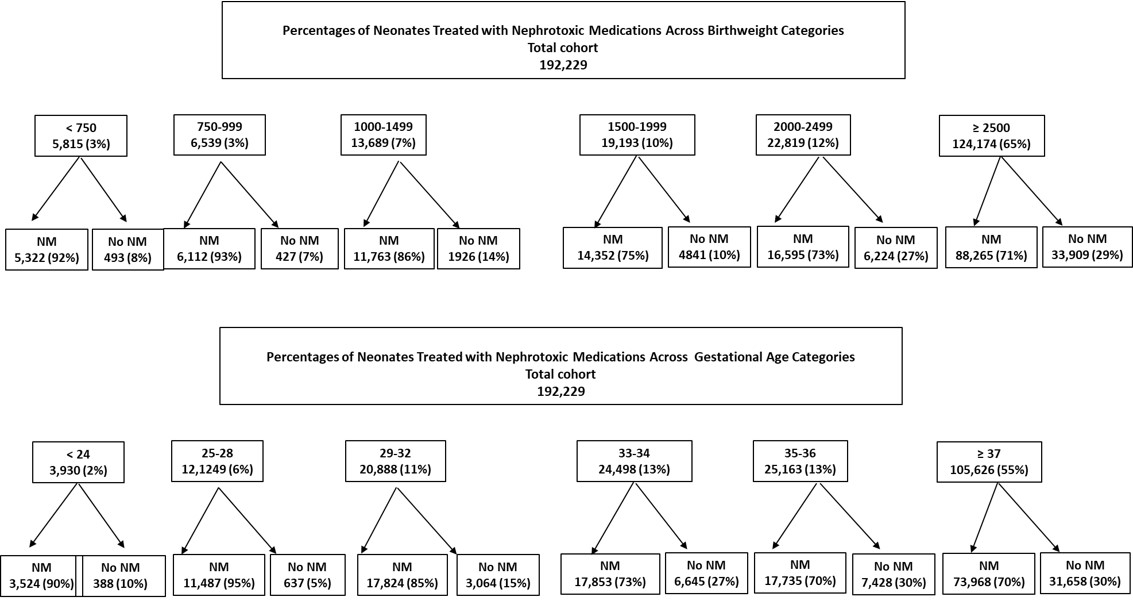 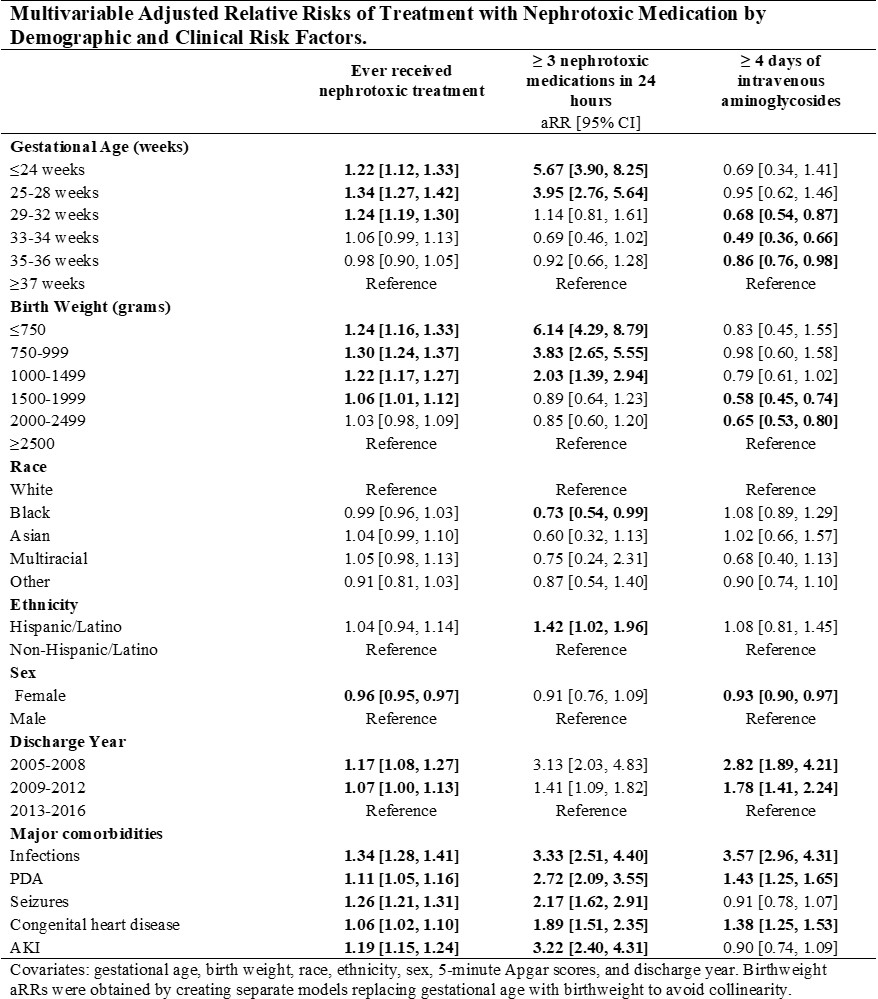