Renal tubule cells (HREC) are energetically demanding due to their role transporting solutes., but undergo a shift toward glycolysis and away from oxidative phosphorylation of fatty acids in vitro. We identified Transforming Growth Factor-β (TGFβ) as a critical modulator of HREC differentiation. Here, we find that TGFβ inhibition increases HREC fatty acid oxidation.

Inhibition of TGFβ increases in vitro transcription of mitochondrial genes and oxidative phosphorylation of fatty acids by HREC. 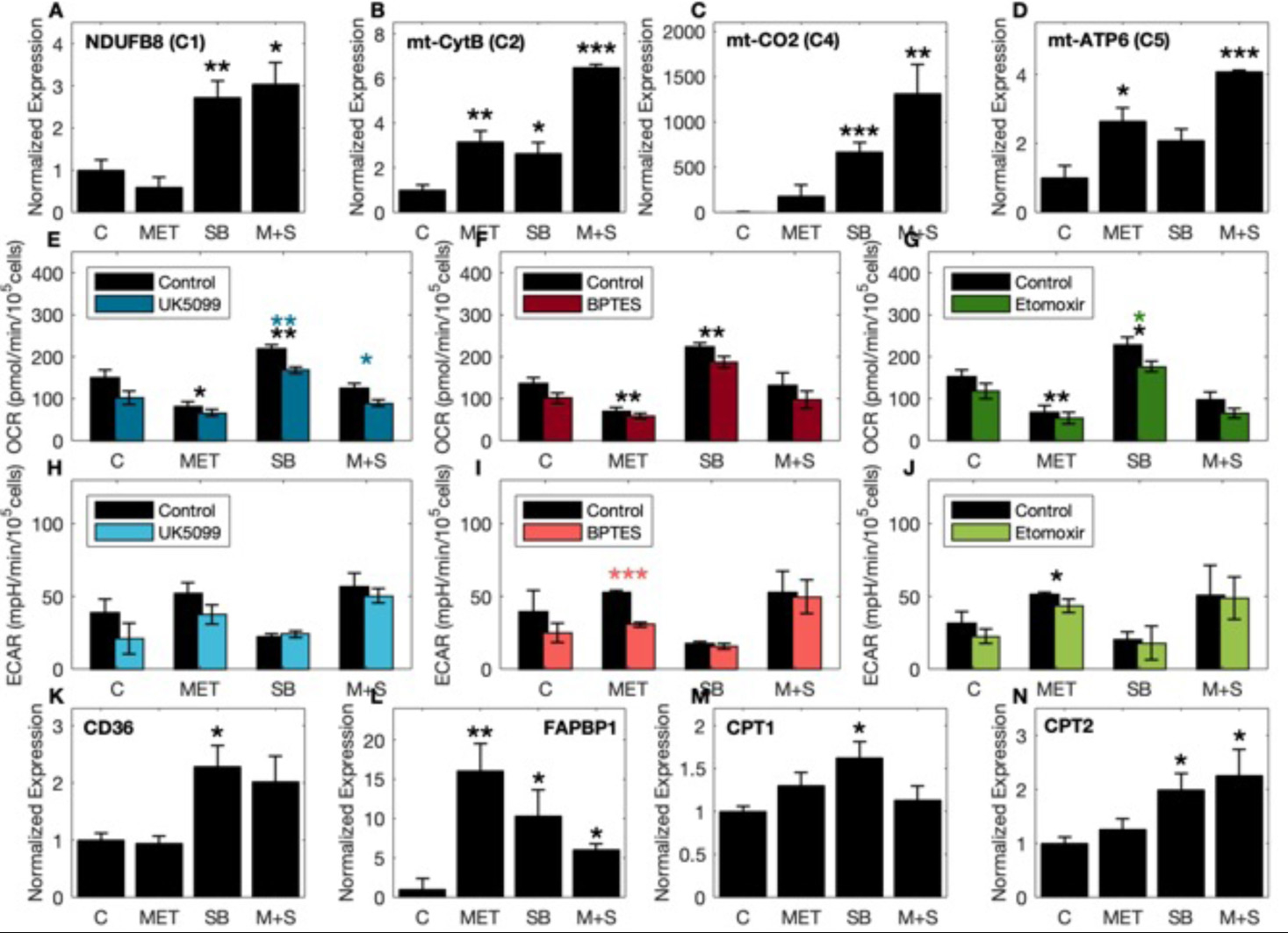