Albuminuria Testing in Hypertension and Diabetes

Albuminuria Testing in Hypertension and Diabetes

Albuminuria is an under-recognized component of chronic kidney disease (CKD) definition, staging, and prognosis. Despite significant advances in therapies for patients with albuminuria, guidelines, particularly for hypertension, conflict on recommendations for urine albumin-to-creatinine ratio (ACR) measurement.

We separately analyzed 1,305,841 adults with diabetes in 25 cohorts and 2,111,587 non-diabetic adults with hypertension in 21 cohorts from the CKD Prognosis Consortium. We estimated ACR testing rates during a 2-year window, and developed and utilized risk prediction models for prevalent albuminuria (ACR ≥30 mg/g) to determine if high-risk patients for albuminuria are more likely to be tested and to estimate the burden of undetected albuminuria.

Real-world ACR testing is low, particularly among non-diabetic patients with hypertension, and testing is unrelated to predicted risk. There are large swaths of the population with diabetes or hypertension with undiagnosed CKD, suggesting that regular albuminuria screening should be emphasized for early detection of CKD and appropriate initiation of treatment with cardiovascular and kidney benefits. 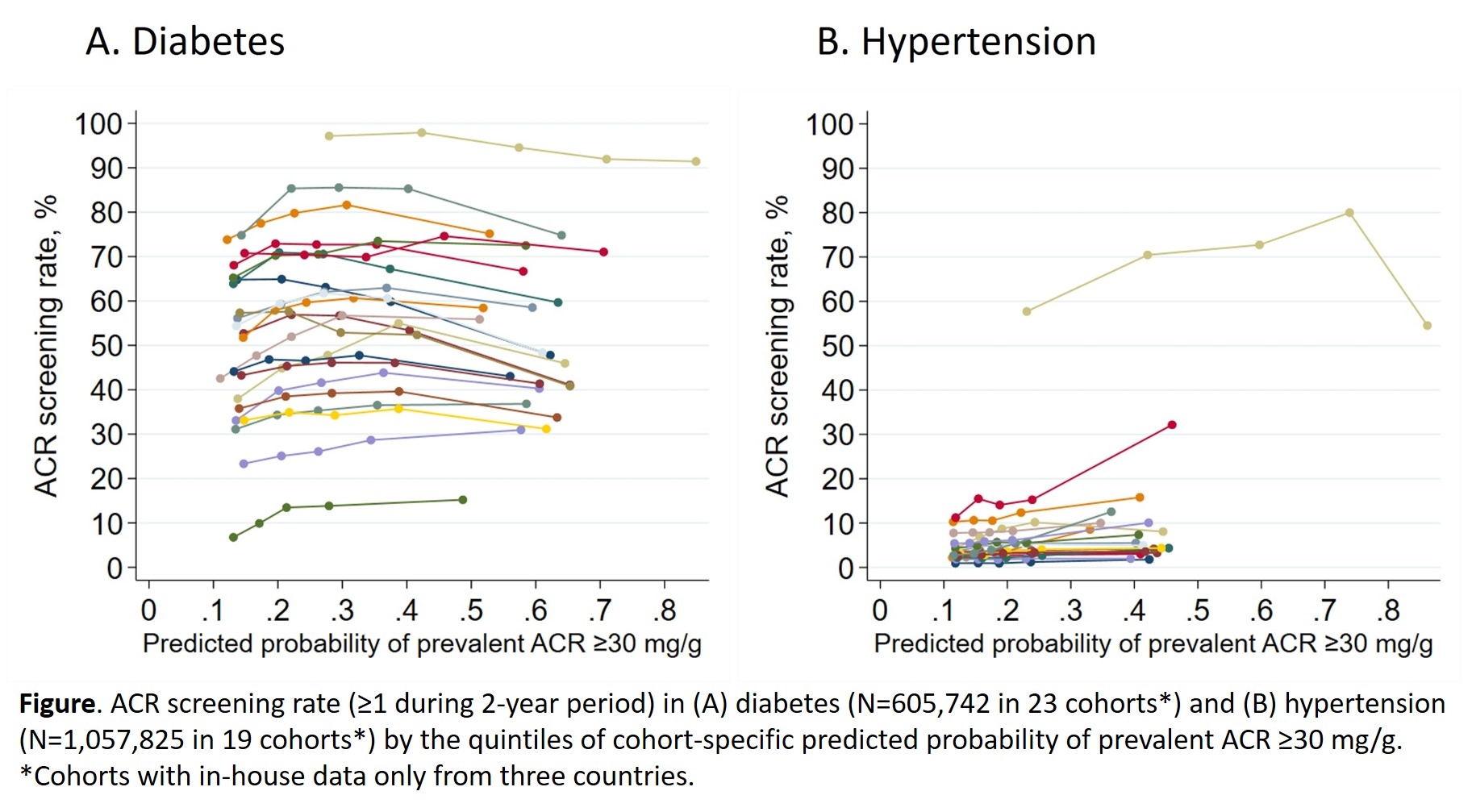