Simultaneous urine testing for albumin (UAlb) and serum creatinine (SCr), i.e., ‘dual testing’, is now an accepted quality measure in the management of diabetes. As kidney disease is defined by both UAlb and SCr testing, this approach could be more widely adopted in kidney care. We therefore sought to assess facility-level variation and racial differences in performance of dual testing in the integrated VHA health care system.

We included patients with any inpatient or outpatient visit to the VHA during the period 2009-2018. Dual testing was defined as UAlb and SCr testing in the outpatient setting within a fiscal year. A generalized linear mixed-effects model was applied to explore individual level (demographics and comorbidities) and facility level predictors of receiving dual testing.

Performance of dual testing varied among VHA centers and is low in both White and Black veterans. Simultaneously incorporating UAlb and SCr for kidney care may help improve both risk stratification and management of individuals with or at risk of kidney disease. 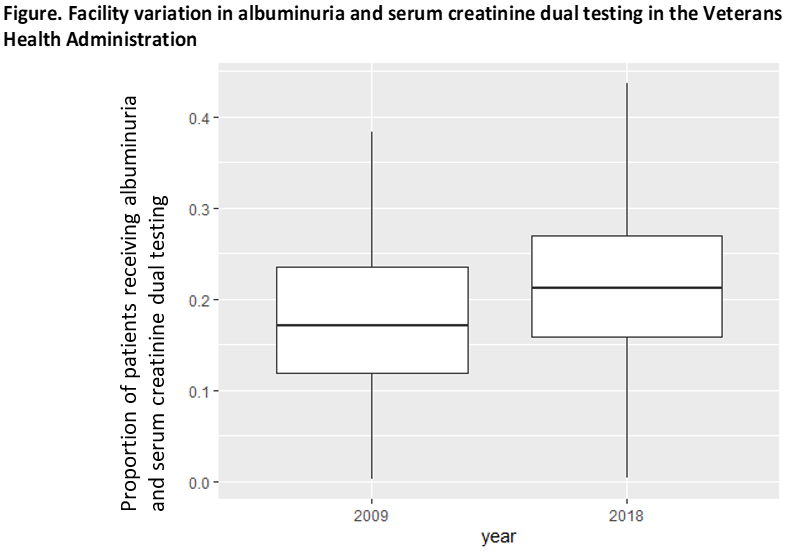