In this post-hoc analysis of the Systolic Blood Pressure Intervention Trial (SPRINT) study (N = 8562), we examined the effects of intensive (<120 mmHg) vs standard (<140 mmHg) SBP control on a composite, adjudicated outcome of MCI/PD across the range of baseline DBP in a spline Cox regression model. We also tested for interactions of baseline DBP on the effect of SBP goal on MCI/PD.

Table 1: Cox proportional hazard models for hazard ratios for MCI/PD for each 5 mmHg decrease in DBP and intervention.

There was no interaction between baseline DBP and MCI/PD with the SBP intervention p=0.36 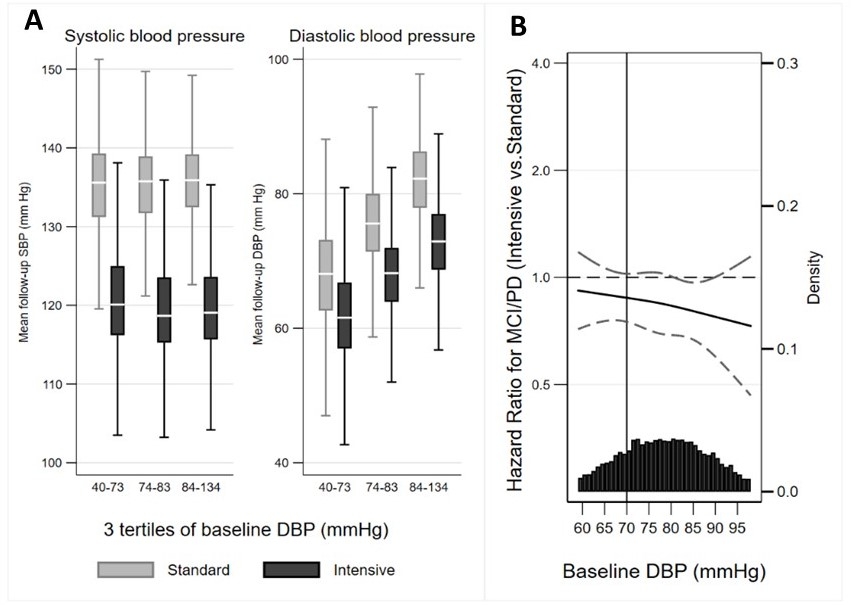