Quantification of interstitial fibrosis and tubular atrophy (IFTA) is critical in the evaluation of kidney diseases. In this study, our previously developed computational IFTA segmentation model was tested on an independent dataset of renal biopsy whole slide images (WSI) from Kidney Precision Medicine Project (KPMP) and compared to visual assessment.

Computational segmentation of IFTA has the potential to add enhanced reproducibility, precision, and efficiency to clinical tasks such as the estimation of percent IFTA. 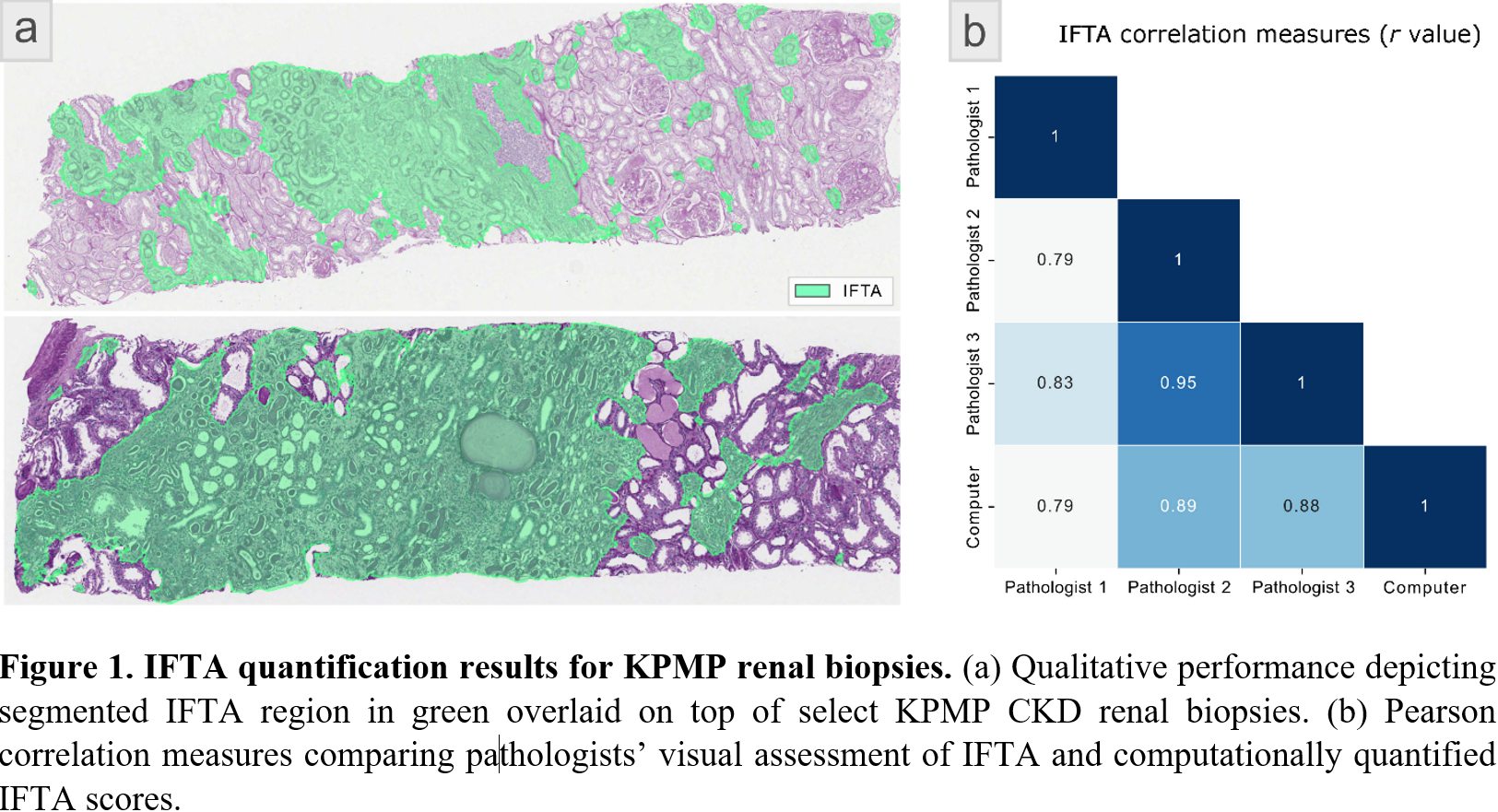