Autosomal dominant kidney disease is the most common dominant genetic renal disorder in humans leading to significant health care costs. It is associated with the slow but relentless formation of multiple renal cysts driven by cAMP-dependent fluid secretion leading to considerable patient morbidity.

We used a combination of MRI, Immunoblotting and Immunostaining to test VX-809 in a slowly progressing RC/RC mouse model, bearing the R3277C mutation

At 6 months of age the RC/RC mice develop large renal cysts and impaired renal function. However, when treated with VX-809 between the ages of 6-8 months cyst area is reduced suggesting that VX-809 has shrunk already existing cysts (Fig. 1). Importantly, after 2 months of treatment their cyst size is approximately 50% less compared to untreated animals of the same age (8 months). The reduction in cyst size was accompanied by improved renal function. Colocalizations studies confirm that CFTR is localized predominately at the apical membrane in the 8-month-old untreated animals consistent with its role in Cl- secretion. However, after treatment CFTR localization with the basolateral membrane increases approximately 4-fold, accompanied by an approximately 2-fold decrease in its apical colocalizing indicating that VX-809 alters the phenotype of the cysts to favor fluid absorption.

Demonstration of cyst reduction, improved renal function and generation of an absorptive phenotype increases the therapeutic potential of VX-809 as a treatment of ADPKD. 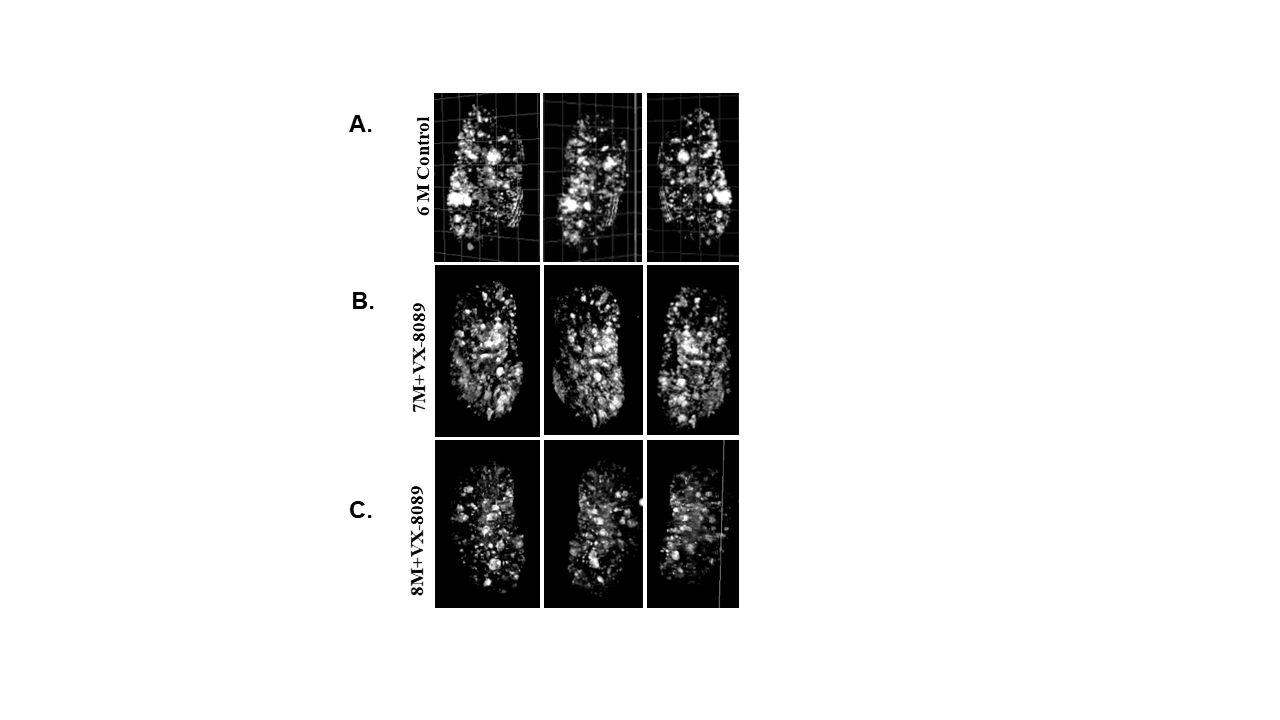 Fig 1: MRI images of mice kidneys Three sequential images are depicted. The animal depicted here (6M-Control) was allowed to develop cysts slowly over 6 months and then injected for one (B) and two months (C) with VX-809 (30 mg/kg) (8M+VX-809). Note that VX-809 shrinks the cysts between 6 and 8 months of age