Uremia is a clinical syndrome characterized by accumulation of various uremic toxins and associated metabolic abnormalities in chronic kidney disease (CKD). Patients with CKD are at increased risk for cardiovascular (CV) disease and death, and endothelial dysfunction may be a key uremia-specific risk factor. However, the mechanism by which uremia influences endothelial dysfunction is still unclear. We report a role for excessive neutrophil extracellular trap (NET) formation induced by uremic serum on endothelial cell (EC) injury.

Plasma nucleosome and myeloperoxidase-DNA, representative markers of in vivo NETs, and the intracellular adhesion molecule (ICAM)-1 level were measured in incident hemodialysis (HD) patients and healthy volunteer (HV), and their prognostic role was evaluated. For in vitro study, we differentiated HL-60 cells into neutrophil-like cells (dHL-60) by applying retinoic acid, and the effect of uremic serum on dHL-60 and ECs were determined.

Dysregulated neutrophil activities in the uremic milieu may play a key role in endothelial damage and vascular inflammatory responses. 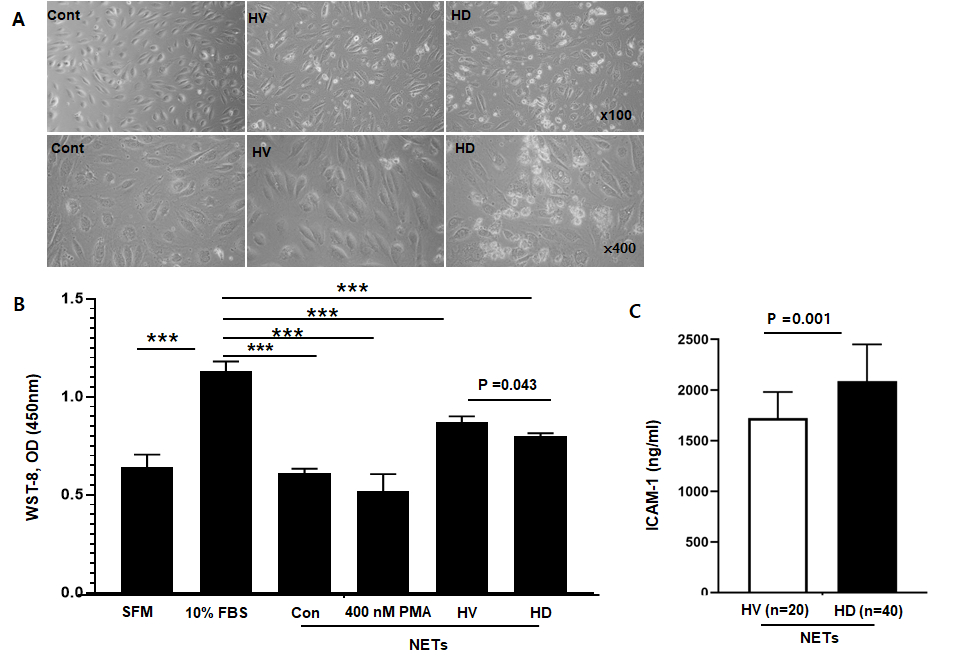