Elderly male patient with type 2 diabetes, hypertension and normal renal function was initiated on linezolid for osteomyelitis. Two weeks later, he reported a maculopapular rash on his arms and chest. Labs were significant for a serum creatinine (Scr) of 3.8mg/dl. Immunological and infectious work up for AKI was unremarkable. Scr continued to increase to 7.2mg/dl and absolute serum eosinophil count was 1800 cells/microliter. Interstitial nephritis was suspected and empiric prednisone was initiated. Renal biopsy showed Acute Tubular Injury with Interstitial Nephritis and moderate interstitial fibrosis. The AIN was associated with several eosinophils, and was consistent with a drug induced reaction. Linezolid was stopped, and the patient continued a steroid taper with which SCr improved to 2.0mg/dl and remained stable. The patient did not meet diagnostic criteria for DRESS (Drug Rash with Eosinophilia and Systemic Symptoms) as he had no other systemic involvement, and the rash was not associated with desquamation or infiltration.

This patient developed a rash and interstitial nephritis after the initiation of linezolid. He reported no Non-Steroidal Anti-Inflammatory Drug (NSAID) intake and was on vancomycin and piperacillin- tazobactam for less than 48 hours, during which renal function remained stable. Linezolid associated Interstitial Nephritis is rare, and only 4 cases have been reported in the literature. As the prevalence of Methicillin Resistant Staphylococcus Aureus increases, we must be wary of this complication before initiating treatment. Renal function must be monitored, and prompt initiation of steroids can ensure improvement of renal function. 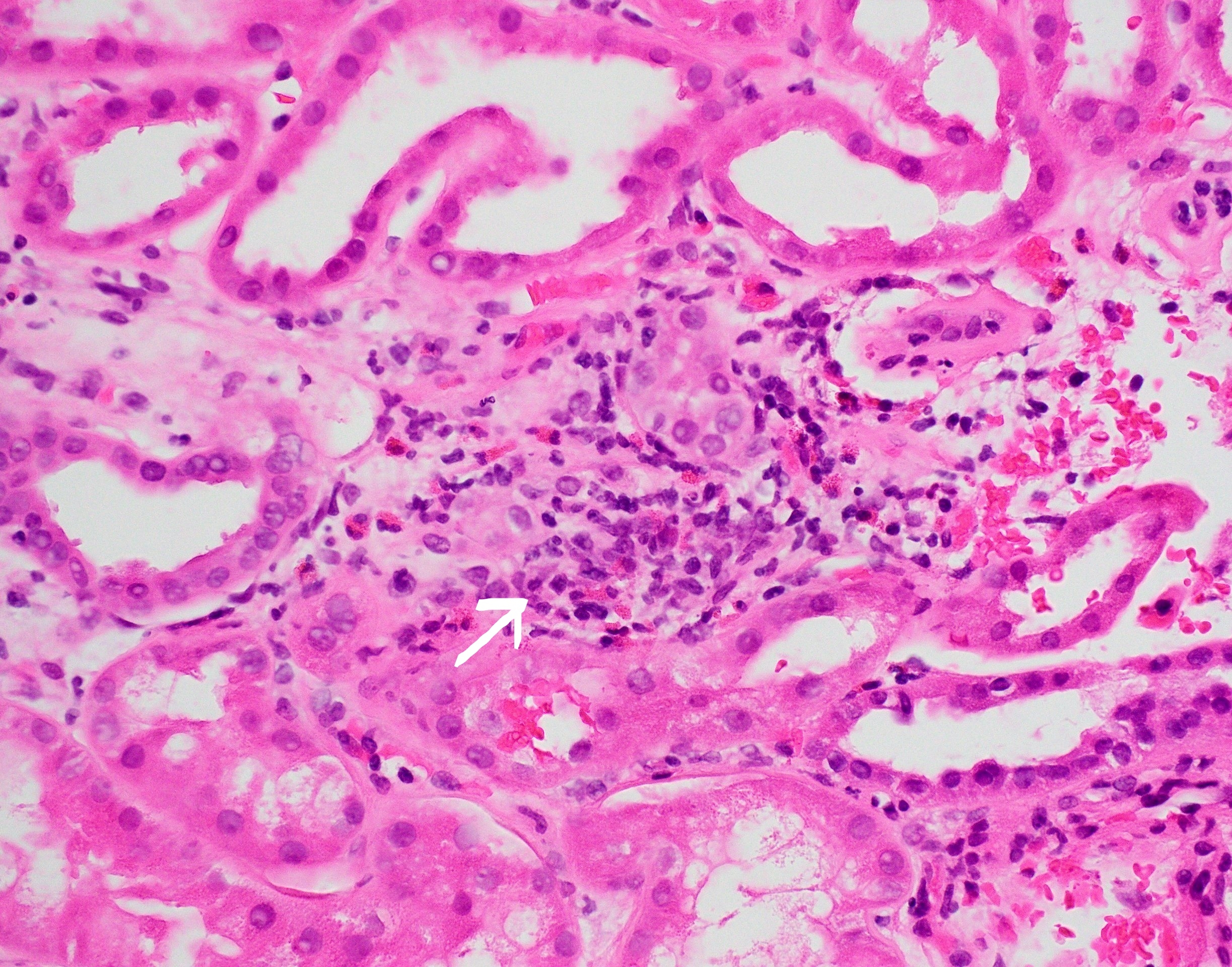