The accuracy of central BP is improved when calibrated on the mean BP and diastolic BP (C2SBP) compared to calibration on the systolic BP and diastolic BP (C1SBP). Furthermore, preliminary data suggest C2SBP may have the best accuracy in females. We aim to assess whether this enhanced accuracy translates into improved cardiovascular (CV) risk prediction when compared to brachial SBP (bSBP) and C1SBP in the general population and stratified by sex.

Over a median follow-up of 10.1 years (IQR 9.9-10.3), there were 2125 MACE (723/7013 females and 860/5934 males). All BP parameters were significantly associated with MACE, regardless of sex. In the overall cohort, risk prediction metrics marginally favored C2SBP compared to bSBP, but were similar to C1SBP. No significant improvement of CV risk prediction was found in sex-stratified analyses (see Table).

C2SBP marginally improved CV risk prediction when compared to bSBP but not C1SBP in the overall cohort only. All three BP parameters were similarly predictive in both sex, although this analysis possibly lacked power. This may be related to the FF-derived MAP (rather than oscillometric MAP), which is highly dependent on the brachial SBP. 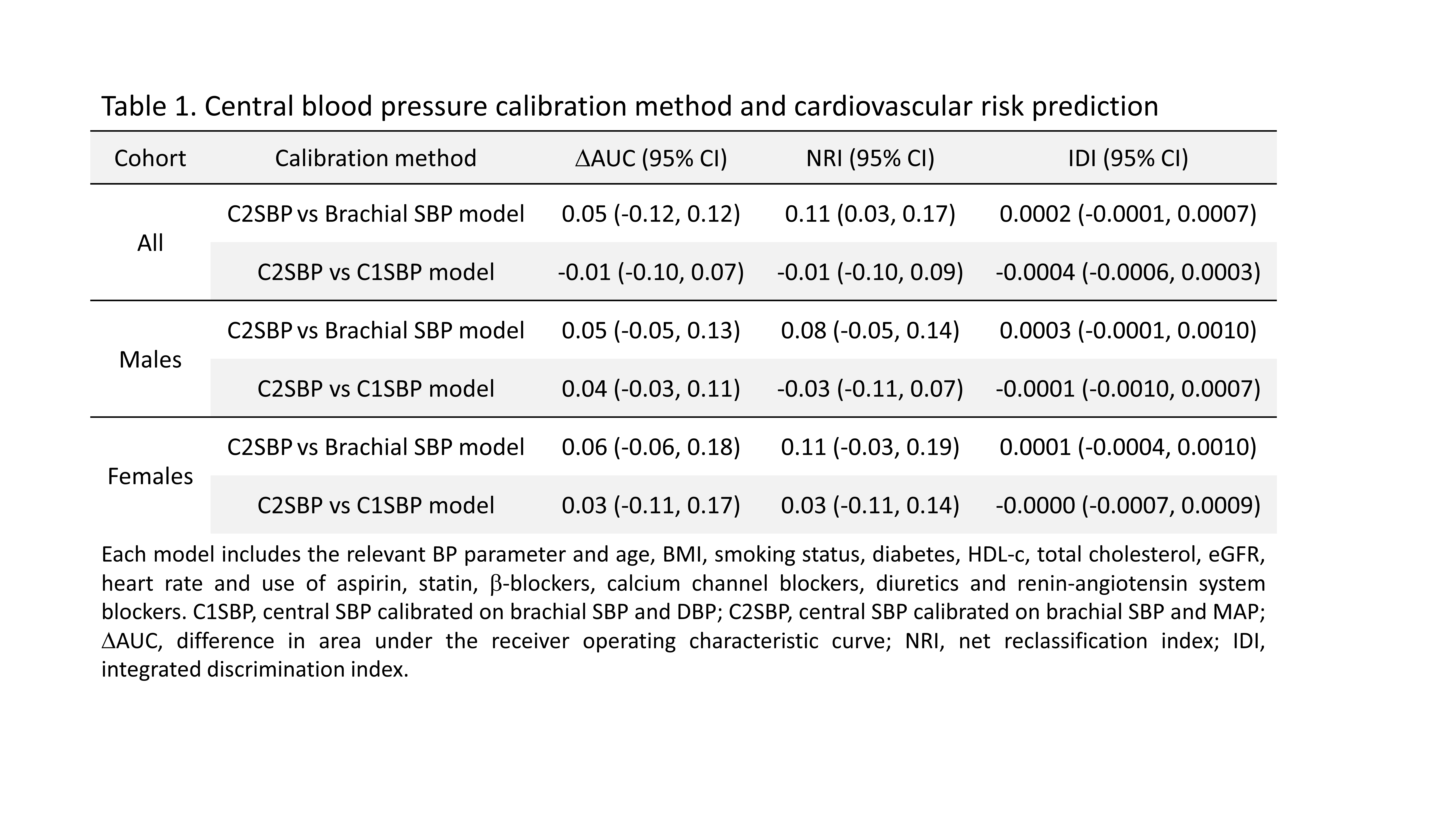