Efficacy and Safety of Plastic Cannulae Compared with Metal Needles in the Initial Use of an Arteriovenous Fistulae in Incident Hemodialysis Patients: A Randomized Controlled Study

Efficacy and Safety of Plastic Cannulae Compared with Metal Needles in the Initial Use of an Arteriovenous Fistulae in Incident Hemodialysis Patients: A Randomized Controlled Study

Successful cannulation of an arteriovenous fistula (AVF) is important in patients starting hemodialysis (HD). Metal needles have been used for decades, but the usefulness of plastic cannulae has recently been demonstrated as a new technique.

As a prospective, randomized study, eligible patients were randomized into two groups in a 1:1 ratio (n=45/group). Maturation of the AVF was confirmed using Doppler ultrasound. The primary endpoint was the initial cannulation failure rate, defined as the failure of successful completion of three consecutive dialysis sessions. The secondary endpoints were time for hemostasis at the end of HD, degree of patients’ pain, degree of cannulation difficulty felt by the nursing staffs, and achieving optimal HD adequacy.

The mean time from AVF creation to the first cannulation was 48.1±16.7 days. A total of 17 cases of cannulation failure occurred, and the failure risk tended to be higher in the metal needle group than the plastic cannula group (HR 2.6, 95% CI 0.95-7.41) after adjusting for age, gender, comorbidities, and location. The overall incidence of vessel injury was higher and time for hemostasis was significantly longer in the metal group than the plastic group. The use of plastic cannula was associated with better HD adequacy compared to metal needle. However, the patients’ pain score (P=0.004) and nursing staff’s cannulation difficulty score (P=0.084) were higher in the plastic group, emphasizing the great importance of practice using plastic cannulae. 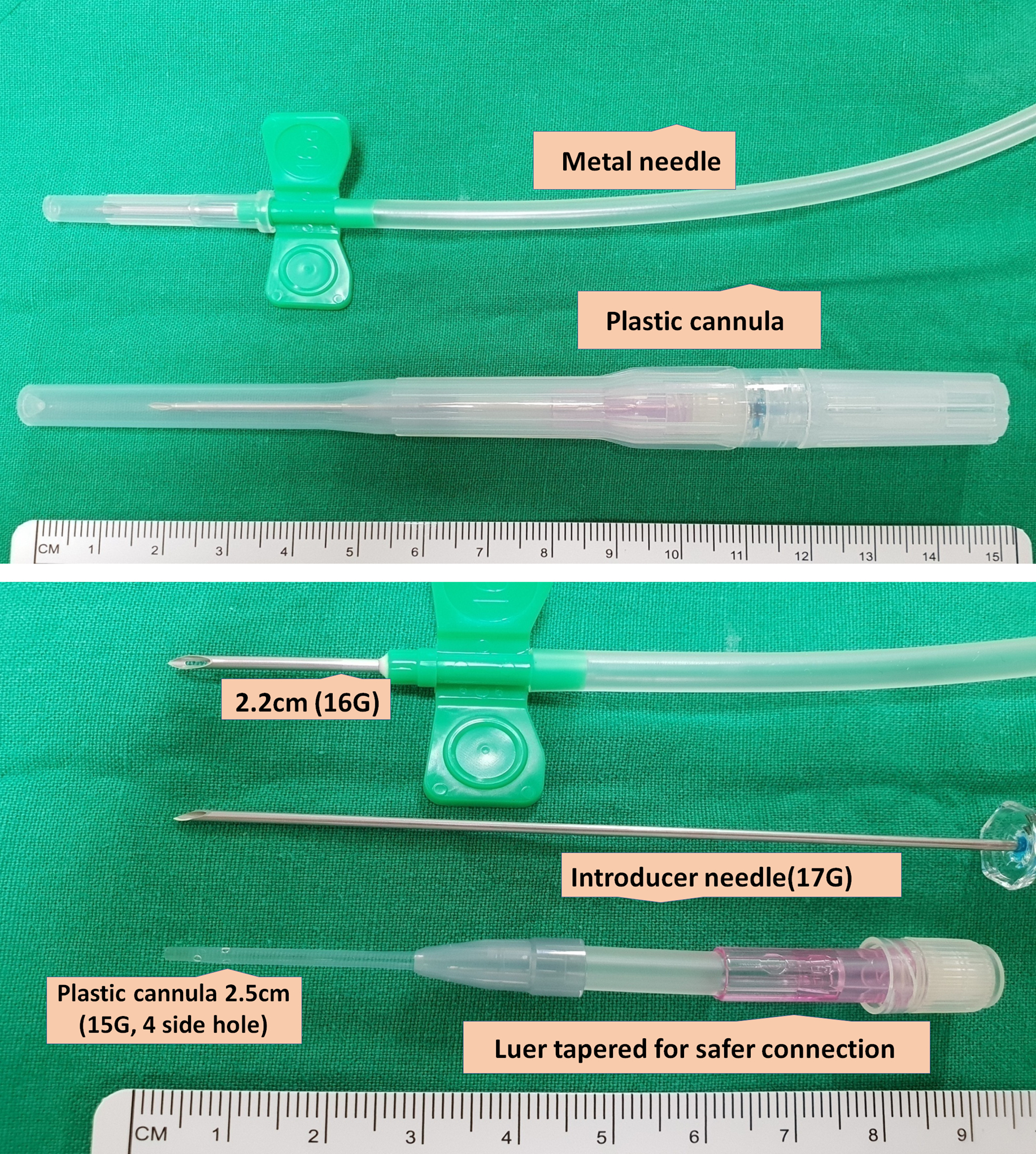