Despite a pre-clinical study supporting the role of Cathepsin S in the development of vascular calcification under uremic and phosphate-rich conditions, serum Cathepsin S was not found to be associated with vascular calcification severity among hemodialysis patients in this study. Serum triglyceride is the strongest predicting factor for higher Cathepsin S levels in these patients. Further study is needed to confirm these findings using a different grading system. 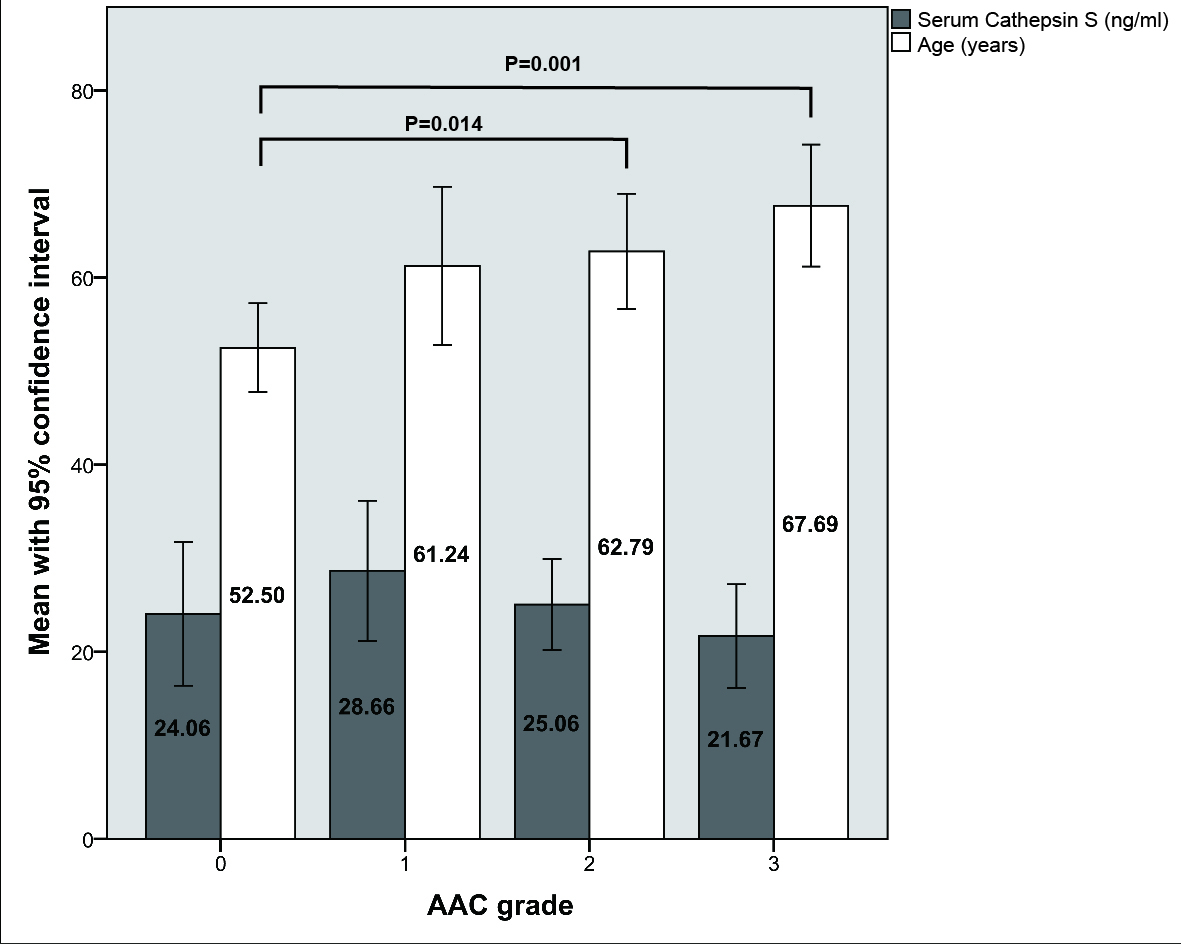