Prediction of the Clinical Outcomes in Patients with CRRT Using Body Composition Monitoring: A Machine Learning Approach to a Multicenter Cohort Study

Prediction of the Clinical Outcomes in Patients with CRRT Using Body Composition Monitoring: A Machine Learning Approach to a Multicenter Cohort Study

In a multicenter cohort study, a total of 784 patients with severe AKI requiring CRRT were recruited, and body composition monitoring (BCM) using InBody® was performed on patients who started CRRT at nine tertiary hospitals in Korea from 2017 Nov to 2019 Nov. The comparison for sequential changes of total body water was performed between the survivor and non-survivor groups using mixed-effects linear regression analysis. Machine learning algorithms were used for the modeling to predict mortality.

Of the 784 patients (mean age: 63.5 years), 521 (66.4%) were male. The mean APACHE II score was 29.2 ± 10.3 in the non-survivor group and 26.5 ± 9.0 in the survivor group. There were no significant differences in the volume status assessed by body weight and BCM at baseline. After adjusting for confounding factors, the survivor group had a marginal benefit from fluid balance in a mixed-effects linear regression (p=0.074). From a range attribute of the decision tree model for predicted mortality, platelet count was found in the first node in the late mortality group (survival duration > 60 days). Patients with survival duration under 60 days showed increased mortality, according to the SOFA score, serum sodium, bilirubin, and target clearance in a decision tree model (AUC=0.957)(Figure 1).

These machine learning approaches showed that conventional parameters for predicting clinical outcomes were interrelated as notable risk factors for mortality augmented by BCM in CRRT patients. 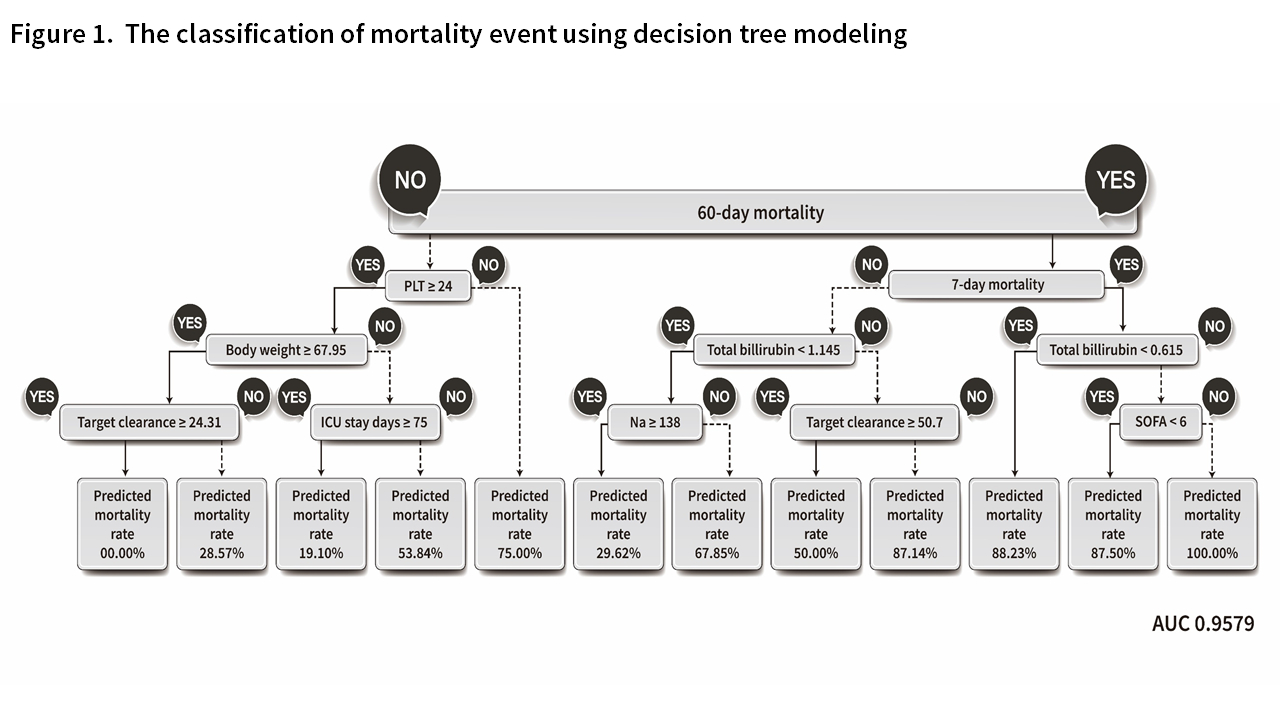