The NEFIGAN trial (NCT01738035) evaluated the effect of a novel targeted-release investigational formulation of budesonide (TRF-budesonide [Nefecon]) in the treatment of IgA nephropathy (IgAN). Participants in this Phase 2b trial were randomly assigned placebo, Nefecon 8 mg or 16 mg/day, and samples were collected at baseline (0 months), at the end of the treatment (9 months) and at the end of the study (12 months). In this exploratory study we evaluated the effect of Nefecon treatment on the circulating levels and urinary excretion of a panel of complement components.

Plasma and urine levels of complement proteins (C4c, C3bc and soluble C5b-9) and ficolin-1, -2 and -3, MBL, CL-11, MASP-3, MAP-1 and PTX-3 were measured using in-house sandwich-ELISAs. Treatment differences between baseline, end of treatment and end of study were assessed by mixed-effects model analysis. The effect of the treatment correcting for the baseline was assessed by multiple linear regression. Significance: p < 0.05. Urinary proteins were adjusted for creatinine excretion.

Treatment with Nefecon modulates components of both the alternative (MASP-3) and lectin (MBL and CL-11) pathways of complement, two pathways known to be important in mediating kidney damage in IgAN. These initial observations warrant further investigation. 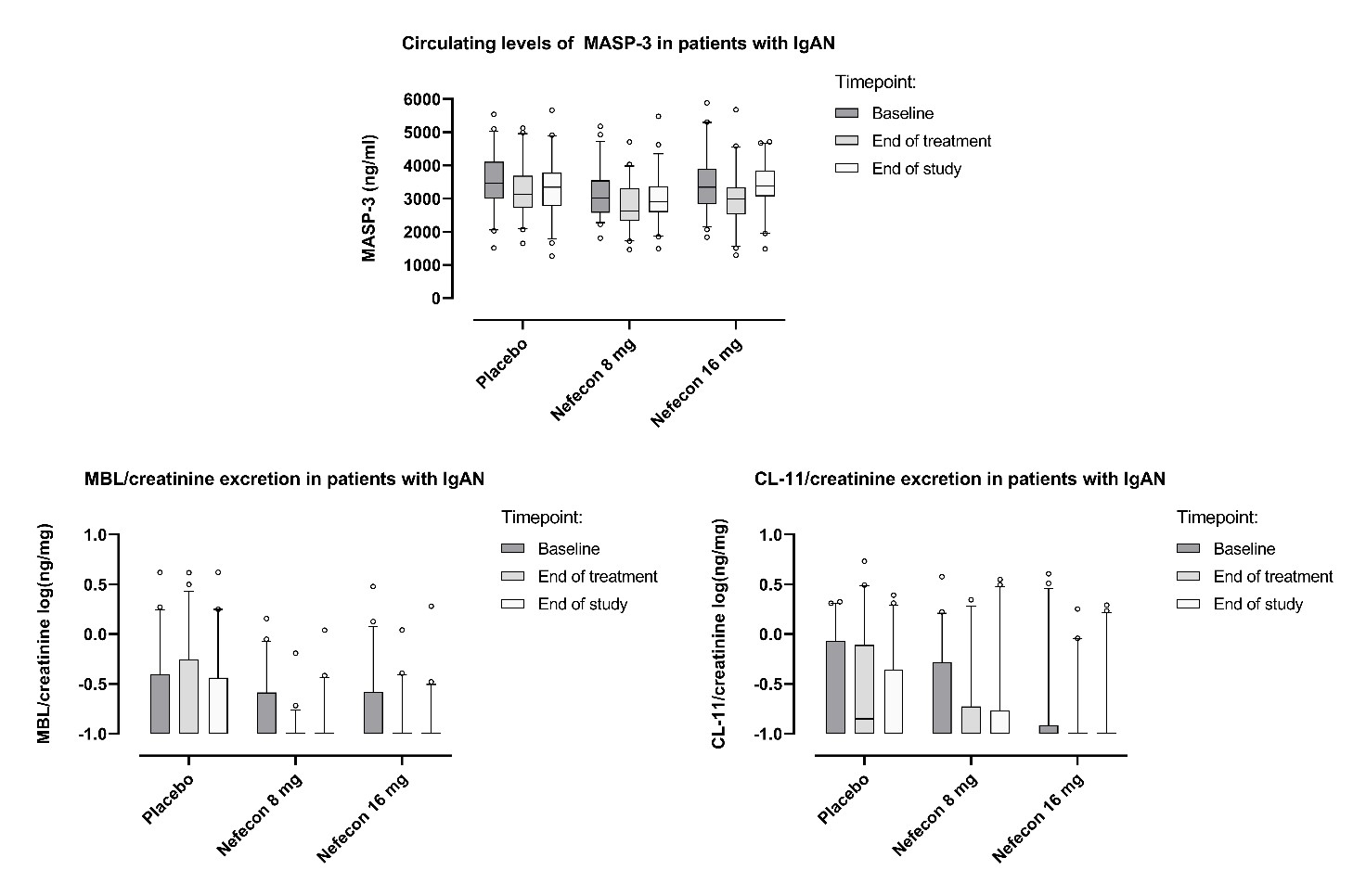