X-linked (XL) inheritance, caused by COL4A5 mutation, is most common in Alport syndrome (AS). Many clinical studies have elucidated the correlation between genotype and phenotype in male XLAS, whereas no association has been found in female XLAS. Here, we analyzed genotype-phenotype correlation in Korean XLAS.

This multicenter, retrospective study collected XLAS cases who had been diagnosed from 1985 to Jan 2021 in 13 tertiary centers of Korea. Sanger or next-generation sequencing were conducted in clinically suspected AS patients (male:female 96:42 from 121 Korean families) for genetic confirmation. We divided the cases into three groups according to the genetic variant types: 1=missense or in-frame mutations (n=46); 2=splicing mutations (n=12); 3=frameshift or nonsense mutations (n=38). Kidney survival was compared between the groups using Kaplan-Meier method.

There were strong genotype-phenotype correlation in male Korean XLAS. Both male and female XLAS showed similar results consistent with previous papers according to mutant types, but kidney survival rate was worse for all variant types, despite the appropriate use of RASi. These data could potentially be helpful of counseling in Korean families with XLAS. 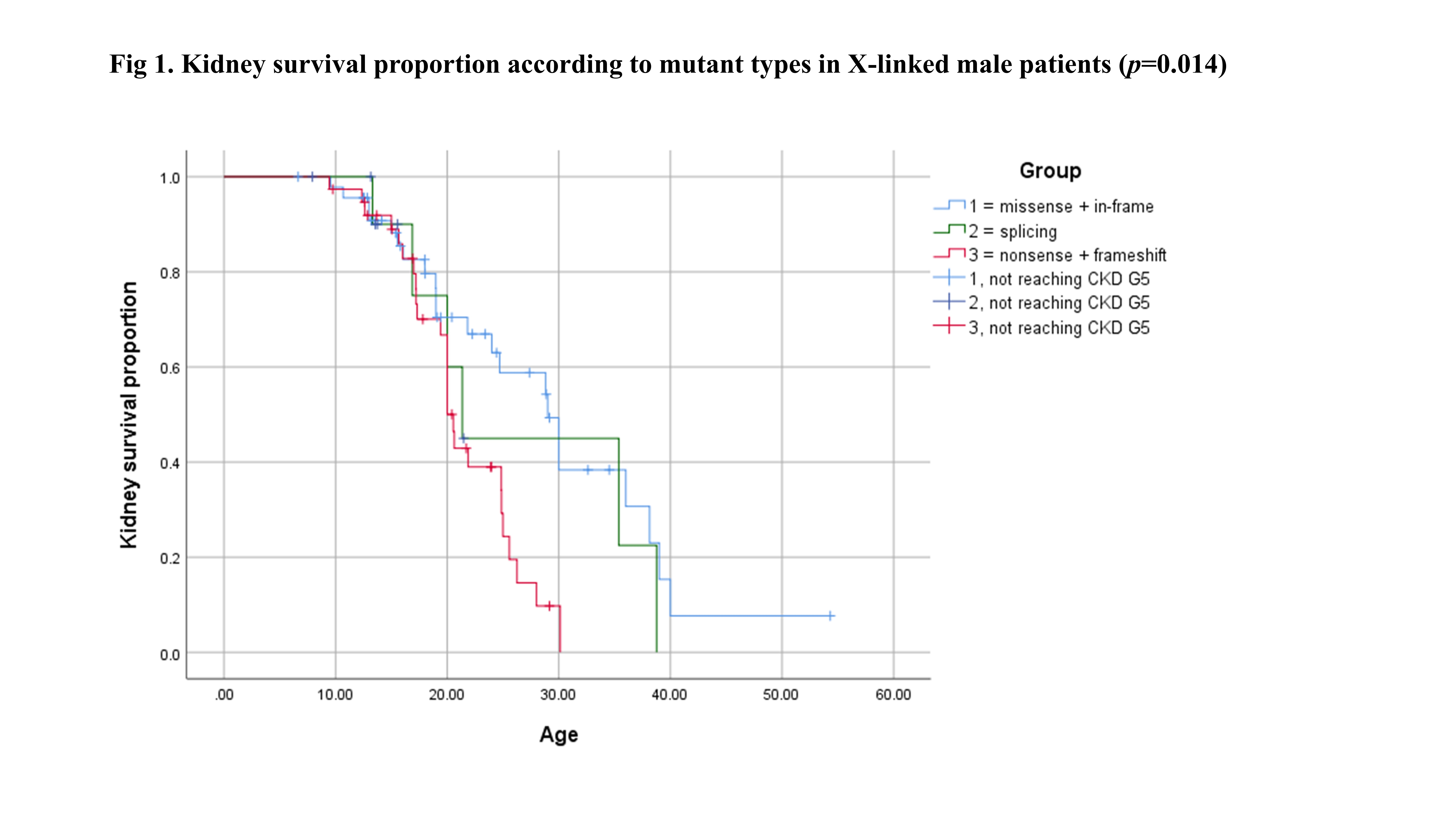