Analysis of monozygotic twins can inform about the genetic and environmental basis of disease. We investigated monozygotic twins phenotypically discordant for IgA nephropathy (IgAN), in order to identify possible postzygotic variants that may provide further insights into IgAN pathogenesis.

We studied 5 pairs of discordant monozygotic twins, and their family members. Immunological analysis evaluated the in vitro secretion of IgA and Genome Sequencing (GS) was employed to identify germline and somatic variants.

Our analysis identified significant differences in IgA production demonstrating the role of the immune system and genetics in IgAN pathogenesis. Consistent with the literature, GS identified discordant variants between twins pairs, most of which are attributable to background errors in variant calling. Further analysis of twin-specific variants and gene sets may allow the identification of postzygotic variants that may be involved in IgAN pathogenesis. 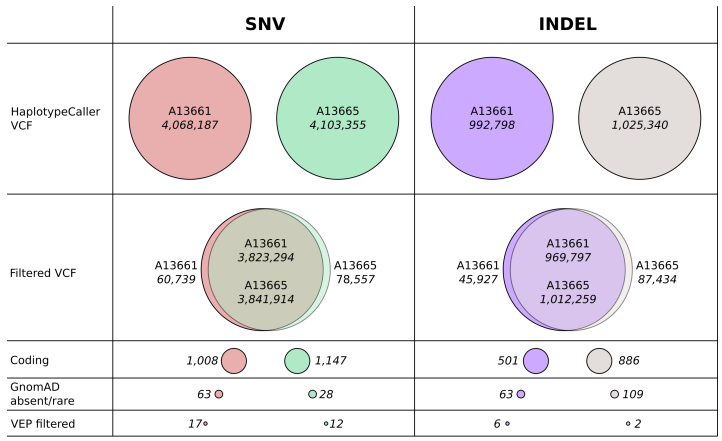 Affected vs. Unaffected variant differences in one of the IgAN discordant twin pairs under analysis