Variability in Estimates of Nephron Number from Biopsy

Variability in Estimates of Nephron Number from Biopsy

Nephron number may predict kidney health and functional capacity. It is unknown whether biopsies can be used to predict glomerular number (Nglom) in individuals, or how many subjects are required to detect differences between populations. We investigated the accuracy and precision of Nglom measured from biopsy.

Nglom estimated from single needle biopsy had up to 70% error depending upon where it originated (Fig. 1Bi). Nglom estimated from needle and VB varied consistently by ~ 50% (Fig. 1Biv), and there was no preferred biopsy location for accurate estimates of Nglom. The maximum variability in mean Nglom within clusters of closely packed virtual biopsies was 11-56% (Fig. 1Biv). Based on statistical analysis, > 200 physical biopsies are required to be 95% certain the estimated Nglom is within +/- 20% of true Nglom.

A single biopsy is not sufficient to predict Nglom in the individual kidney, but this work provides the required number of subjects required to detect differences in Nglom between populations. 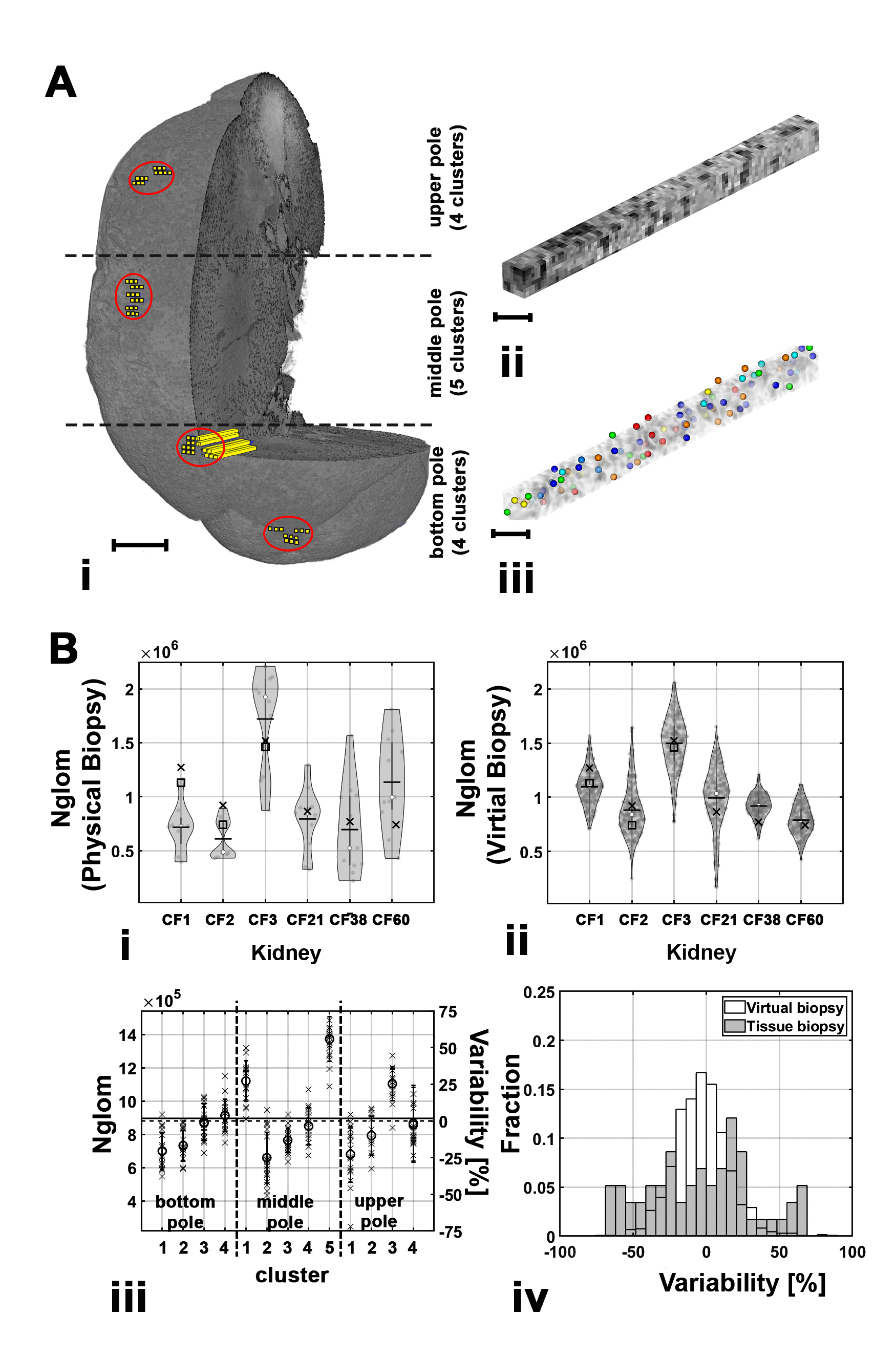 Figure 1. (A) “Virtual biopsy” from 3D CFE-MRI. (i) 3D visualization of single VB with (ii) CF-labeled (black dots) and (iii) segmented glomeruli (spheres). Scale =1 mm. (B) Distribution of Nglom from (i) physical and (ii) virtual biopsies (VB). (iii) The mean Nglom±SD within the clusters of VB. (iv) Variability in Nglom.