ASCEND Program: Efficacy and Safety from ASCEND-D and -ND and Overall MACE Finding

ASCEND Program: Efficacy and Safety from ASCEND-D and -ND and Overall MACE Finding

CVOTs demonstrated daprodustat was non-inferior to ESA for Hb efficacy and MACE and was well-tolerated. CV safety was generally consistent across treatment groups in the other studies. 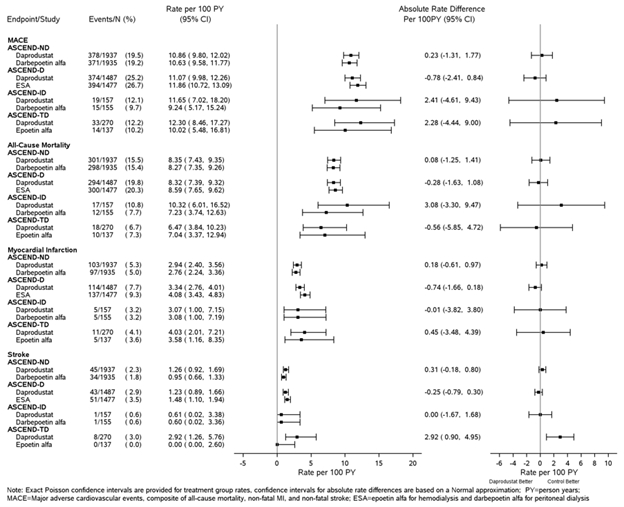