Complement 3 Glomerulopathy (C3G) is a rare kidney disorder with no approved treatment presenting with proteinuria, hematuria, renal insufficiency, and/or hypertension.

In the randomized, double-blind, placebo-controlled ACCOLADE study, patients were randomized 1:1 to receive avacopan 30 mg twice daily (n=28) or placebo (n=29) for 26 weeks; thereafter (still blinded as to original treatment) consenting patients (25 each in avacopan and placebo groups) received avacopan for another 26 weeks.

The C3G Histologic Index (C3HI) was used to evaluate changes in kidney histology. C3HI of Disease Activity, measuring acute glomerular inflammation, was the primary efficacy measure; change in the C3HI of Disease Chronicity, measuring chronic indices such as fibrosis, was a secondary endpoint.

Subsequent assessment of paired biopsies from weeks 26 and 52 (in 17 and 16 patients, avacopan and placebo, respectively) revealed that patients continuously on avacopan had a similar rate of change in the second 26 weeks vs. the first 26 weeks (14.4% vs 12.6%), while patients who switched from placebo to avacopan for the second 26 weeks showed a significant improvement inflection (-2.3%; P=0.0083, Figure 1).

Avacopan attenuated C3G progression. The change in C3HI of Disease Chronicity was lower with avacopan compared to placebo and also improved in patients who switched from placebo to avacopan. 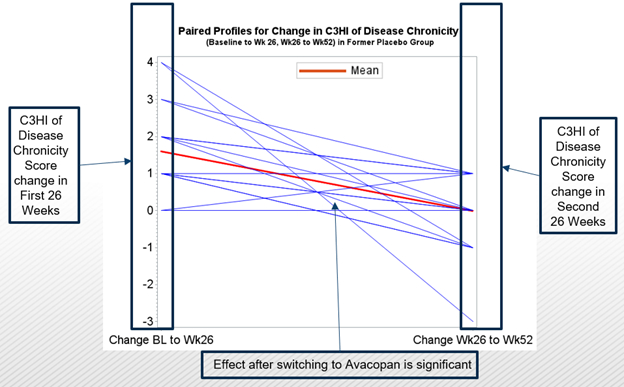 Figure 1. Paired Profiles for Change in C3HI of Disease Chronicity (Baseline to Wk 26, Wk26 to Wk52) in Former Placebo Group