Long-Term Use of Voclosporin in Patients With Class V Lupus Nephritis: Results From the AURORA 2 Continuation Study

Long-Term Use of Voclosporin in Patients With Class V Lupus Nephritis: Results From the AURORA 2 Continuation Study

Persistent proteinuria increases risk of comorbidities in lupus nephritis (LN) and rapid reductions in protein are predictive of improved long-term renal health. Patients (pts) with Class V LN may take longer to respond to therapy and treatments that efficiently reduce proteinuria in this population are needed. We report on a post-hoc analysis of voclosporin in Class V LN using three years of data from the Phase 3 AURORA 1 and AURORA 2 studies.

A total of 80 Class V pts continued treatment into AURORA 2. Baseline UPCR was 3.7 and 3.4 mg/mg in control and voclosporin arms, respectively. Differences between treatment arms in UPCR reductions were apparent within the first month and sustained at three years; the median time to UPCR ≤0.5 mg/mg was 3.7 and 16.3 months in the voclosporin and control arms, respectively (HR 2.54; p=0.0004). Results were similar in pure and mixed Class V voclosporin arms; control arms took longer to reach the endpoint (Figure 1). Mean corrected eGFR levels were similar in all treatment arms and stable throughout the study (Figure 1).

Voclosporin-treated pts with Class V LN saw substantial reductions in UPCR that occurred faster than in pts treated with MMF and low-dose steroids alone. Voclosporin may be beneficial in limiting the negative long-term impact of proteinuria in this population. 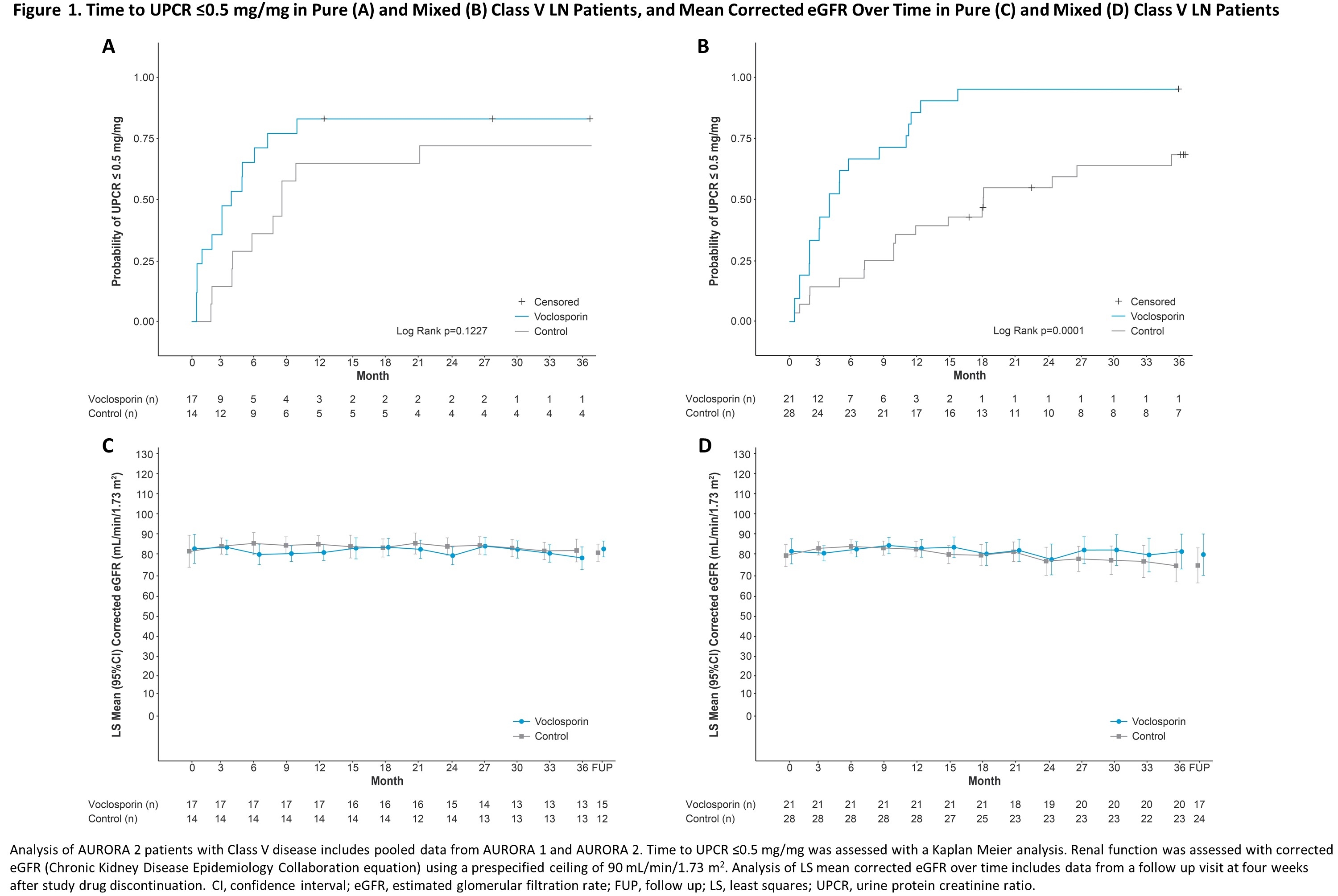