All pts with triggering/associated events prior/up to aHUS onset and enrolled in the Registry from 2011 to July 2021 were included. Pts with an alternative clinical diagnosis after enrollment were excluded.

In total, 349 pts with triggering/associated events were included, of which 75% were adults (≥ 18 years) (n=229) and 25% (n=78) were pediatric pts (<18 years). Most pts (n=307, 88%) had only one triggering/associated event, and in those, the most frequent triggering/associated events were malignancy in adults (n=51; 22%) and acute infection (n=28; 36%) in pediatric pts. The mean time from event to aHUS onset in these categories were 22 and 0.03 months, respectively. The least frequent were bone marrow transplant (1.7%) and C3 glomerulopathy (0.9%) in adults, and C3 glomerulopathy (0%), and drug-induced aHUS (0%) in pediatric pts. Autoimmune disorders (n=36) had the longest time from event to aHUS onset (41 months), while acute infection (n=53) and malignant hypertension (n=26) had the shortest (0.03 months). The most common triggering and associated events combinations were drug-induced aHUS and malignancy (n=7). 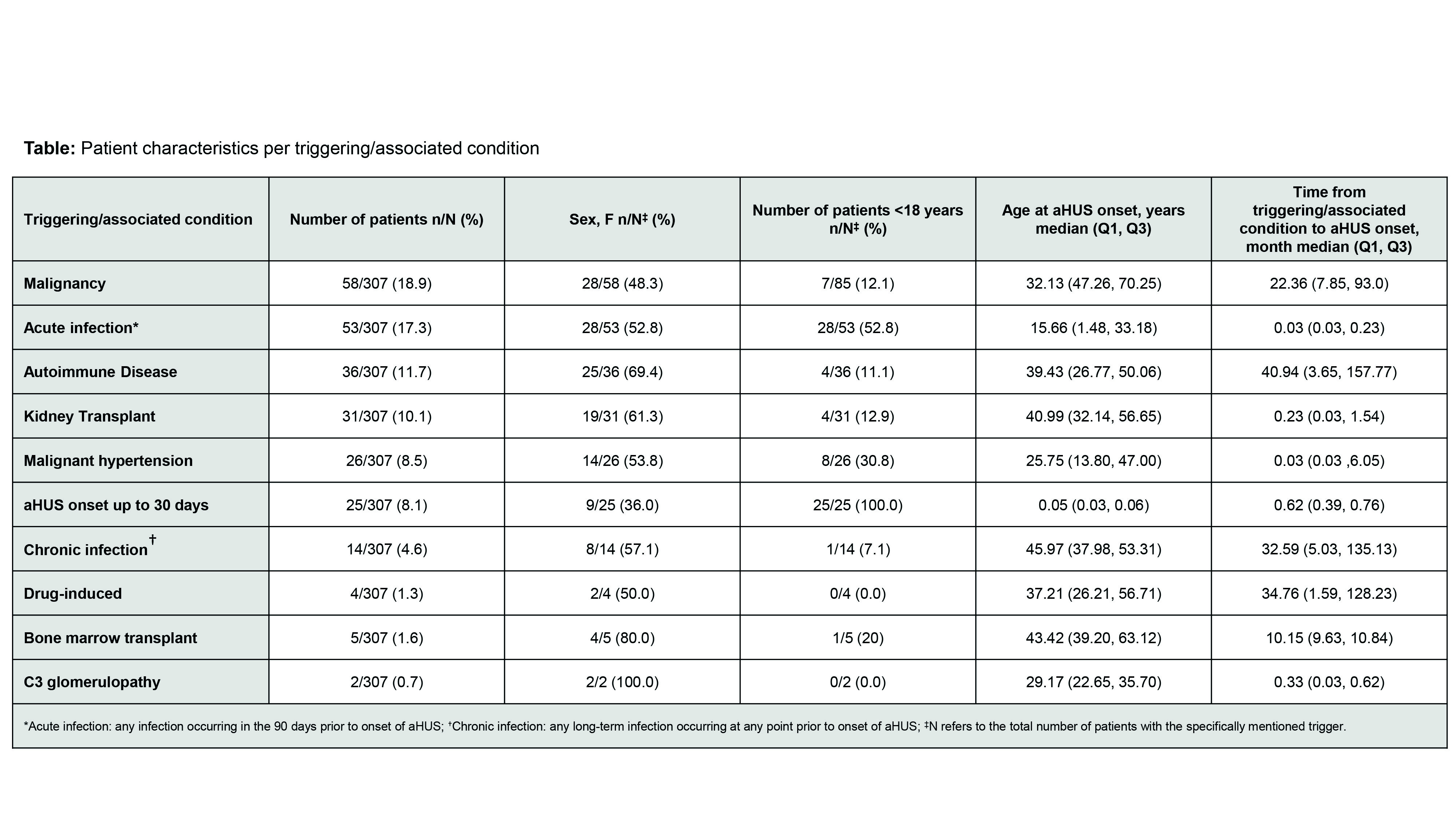