These data show that cisplatin treatment caused renal injury and enhanced cyst formation in Pkd2 mutant kidney, and that the cisplatin protocol could be used as an alternative injury method to accelerate cyst formation in cystic kidney disease models. Additionally, these data suggest that acute and chronic injury models have distinct effects on cystic index, fibrosis, and cell proliferation. 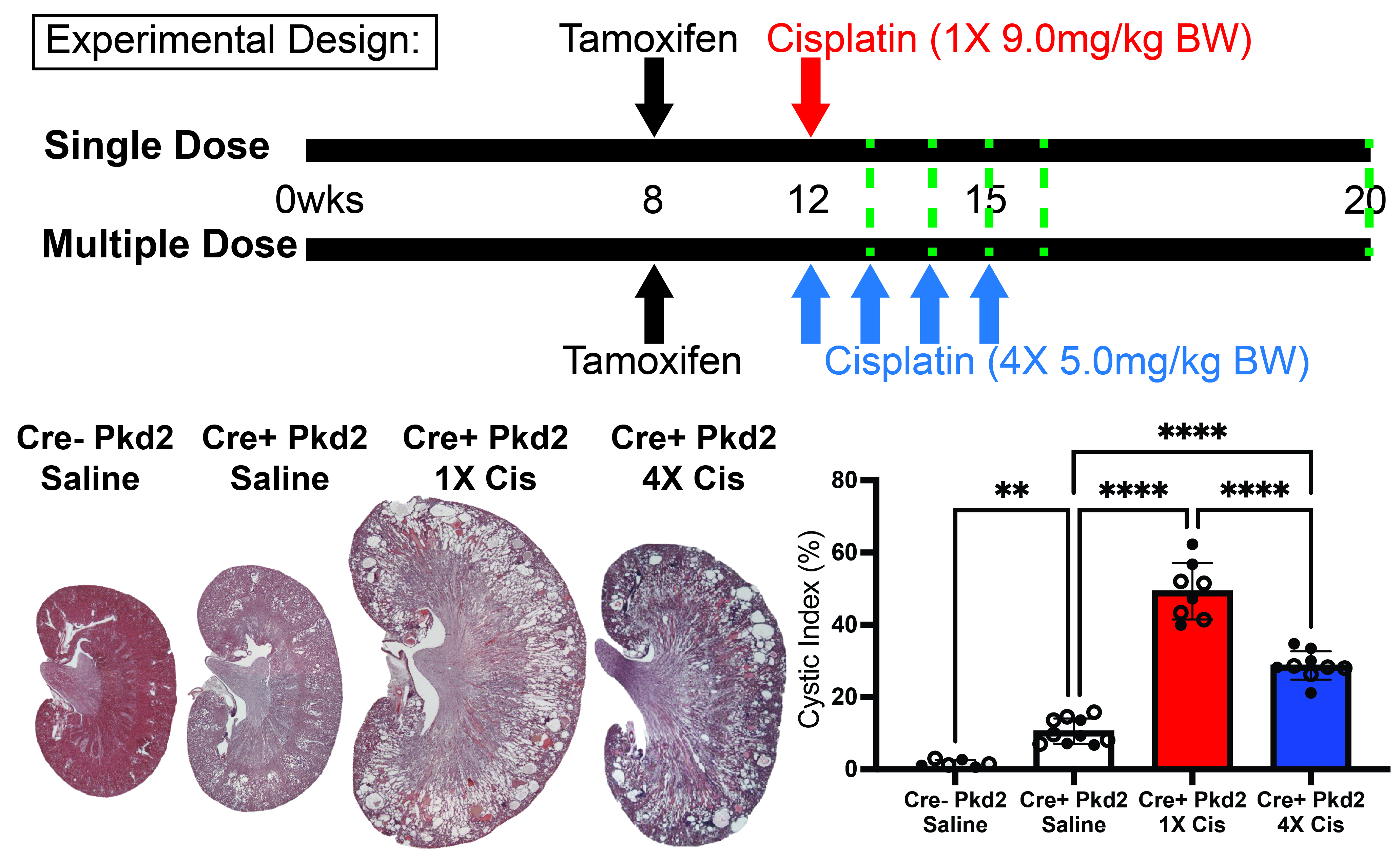