Using longitudinal data of 110,998 patients from the Rogosin Institute, a rule-based cohorting criteria (Fig 1) was created using a custom web-based interface provided by pulseData to identify patients who are hyperkalemic or are at risk of hyperkalemia. A two-step workflow was developed: 1) EHR data-driven identification of patients at risk for hyperkalemia and 2) targeted delivery of a nutritional flyer to high-risk patients.

1) Data-driven identification: We developed a method to systematically identify high-risk patients and facilitate targeted delivery of the nutritional intervention. On retrospective review, this query identifies on average 10 patients each week.

2) Nutritional Guidance: A nutritional flyer was created to inform the identified patients on which high-potassium foods which should be avoided. Using a flyer is a less costly resource than an appointment with a nutritionist and can be brought with the patient to the grocery store.

A proactive, data-driven method was developed for delivery of nutritional guidance to high-risk patients to reduce future hyperkalemic events. This workflow will be implemented at The Rogosin Institute. Data will be collected on subsequent hyperkalemia events. 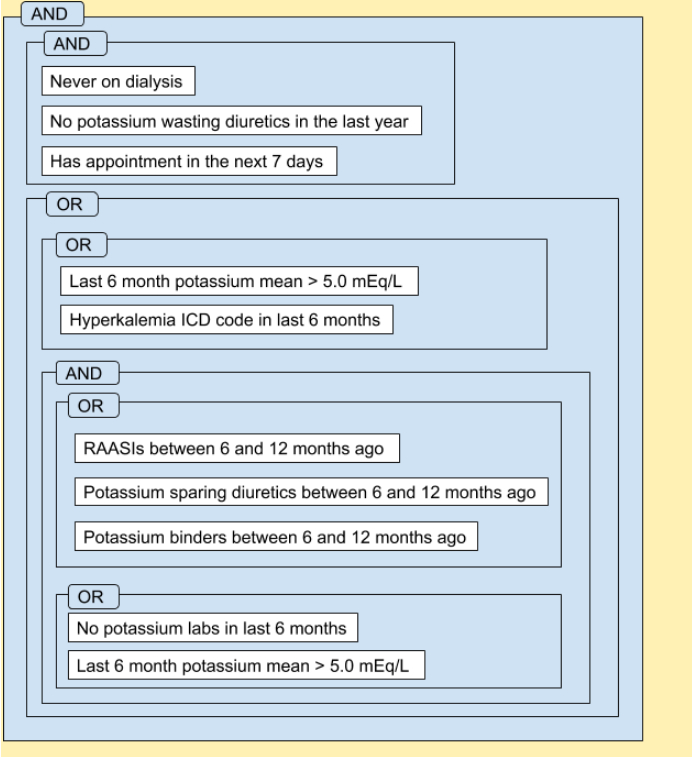