Whether subtle abnormalities in cardiac function exist in community dwelling individuals and can be used to agnostically discern those with reduced kidney function and incident adverse outcomes over follow up is unknown.

The Irish Longitudinal Study on Ageing (TILDA) is a prospective nationally representative cohort study based on random sampling of the community-dwelling general population aged ≥ 50 years in Ireland. Wave 1 was performed between June 2009-June 2011. Participants underwent a detailed health assessment including blood tests, and an active stand test using the Finometer, which measures continuous blood pressure and heart rate for 10 mins while supine at rest, then throughout the standing test and for 2 mins thereafter. Cardiac function metrics are derived : left ventricular ejection time (LVET), cardiac output, and total peripheral resistance. CKD-EPI equation was used for eGFR. We analysed repeated measures data at 10 second intervals over the entire observation period using sequential neural networks with the categorical outcomes of coincident CKD, and incident mortality. Follow up was approximately 10 yrs. Python v 3.77 and TensorFlow v2.0.0 were used for the analysis.

N=4388 TILDA participants were included, N=2013 were male, mean age was 62 (8) yrs, 647 had CKD. 178 died over follow up. Figure 1. A demonstrates profiles in LVET by eGFR category and B an ROC curve output from the Neural Network model predicting conincident CKD AUC = 0.81(resampled model: which included an input layer, 2 hidden layers and an output layer based on cardiac metrics, age and sex). AUC for mortality was 0.75 (resampled model). 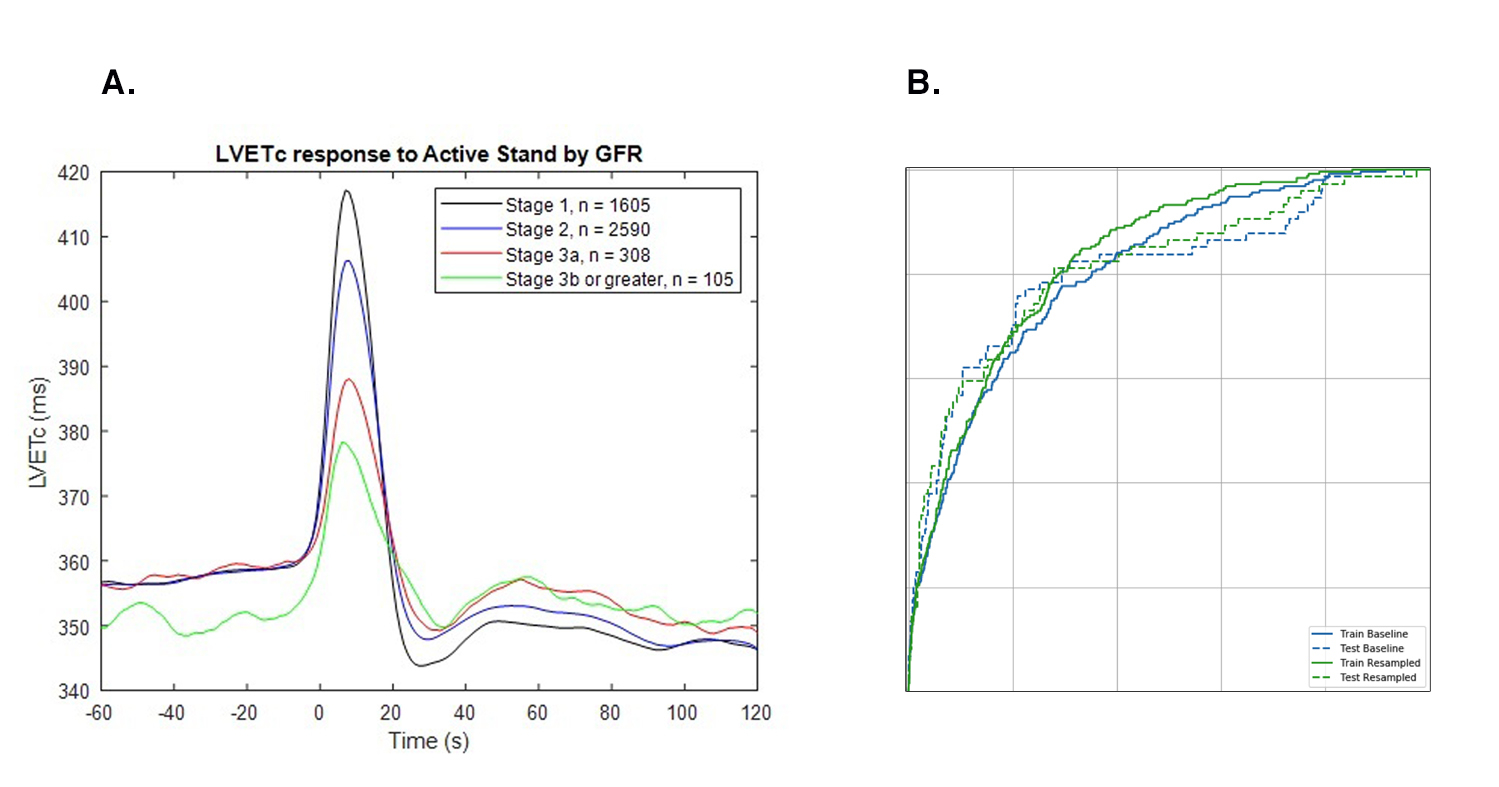