Hemoglobin cast nephropathy is a rare diagnosis and requires high index of suspicion in patients with hemolysis and AKI. Diagnosis is multifaceted requiring a clinical history, exam, lab workup and most importantly, a kidney biopsy. 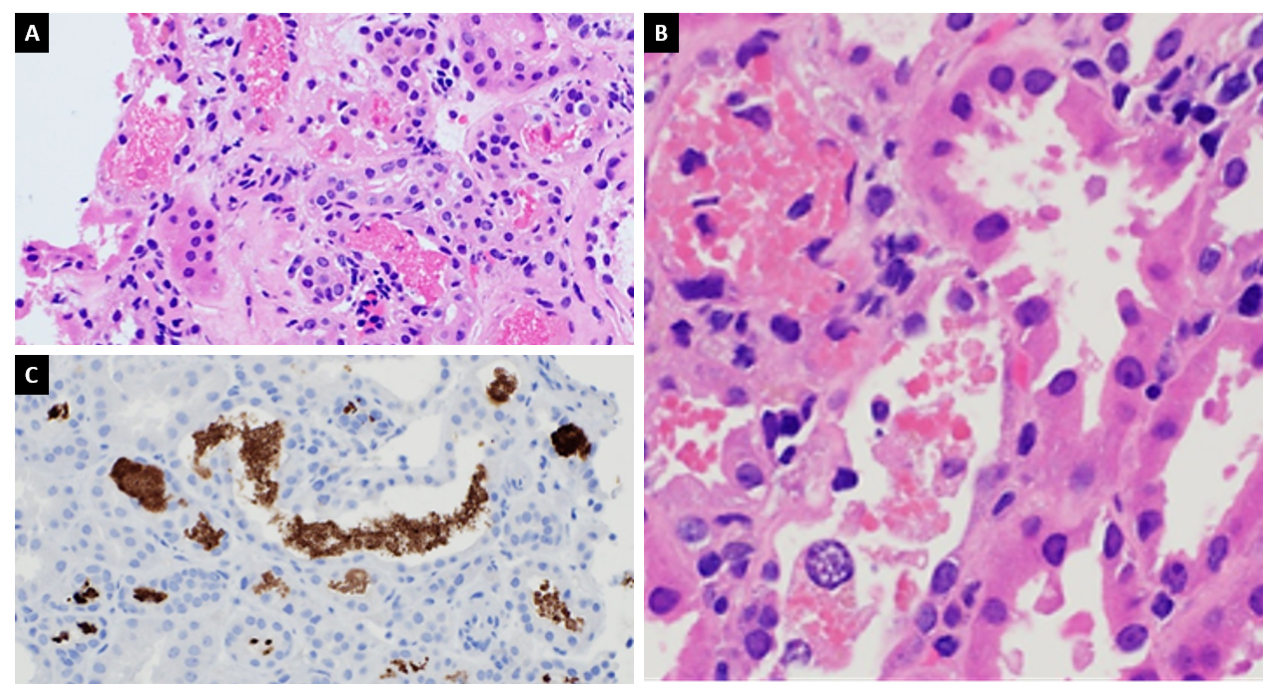