We assembled a USRDS cohort of 39,098 adults aged ≥65 initiating hemodialysis (2013-2014) and enrolled in Medicare Part D by 90 days post-initiation. We used Part D claims days’ supply to quantify prescription length of Beers Criteria PIMs. In a training cohort (60% sample), we identified which of 38 PIM classes were associated with mortality using Cox modeling; censoring for loss of Medicare coverage, modality change, or 9/1/2015. Models were adjusted for demographics, initiation year, comorbidities, drug dependence, smoking status, inability to ambulate, and institutionalization. PIMs classes that were associated with mortality were summed to create a PIM count risk score. We used Cox models to estimate the association of PIM count risk score (time-varying) with mortality in training and validation cohorts. 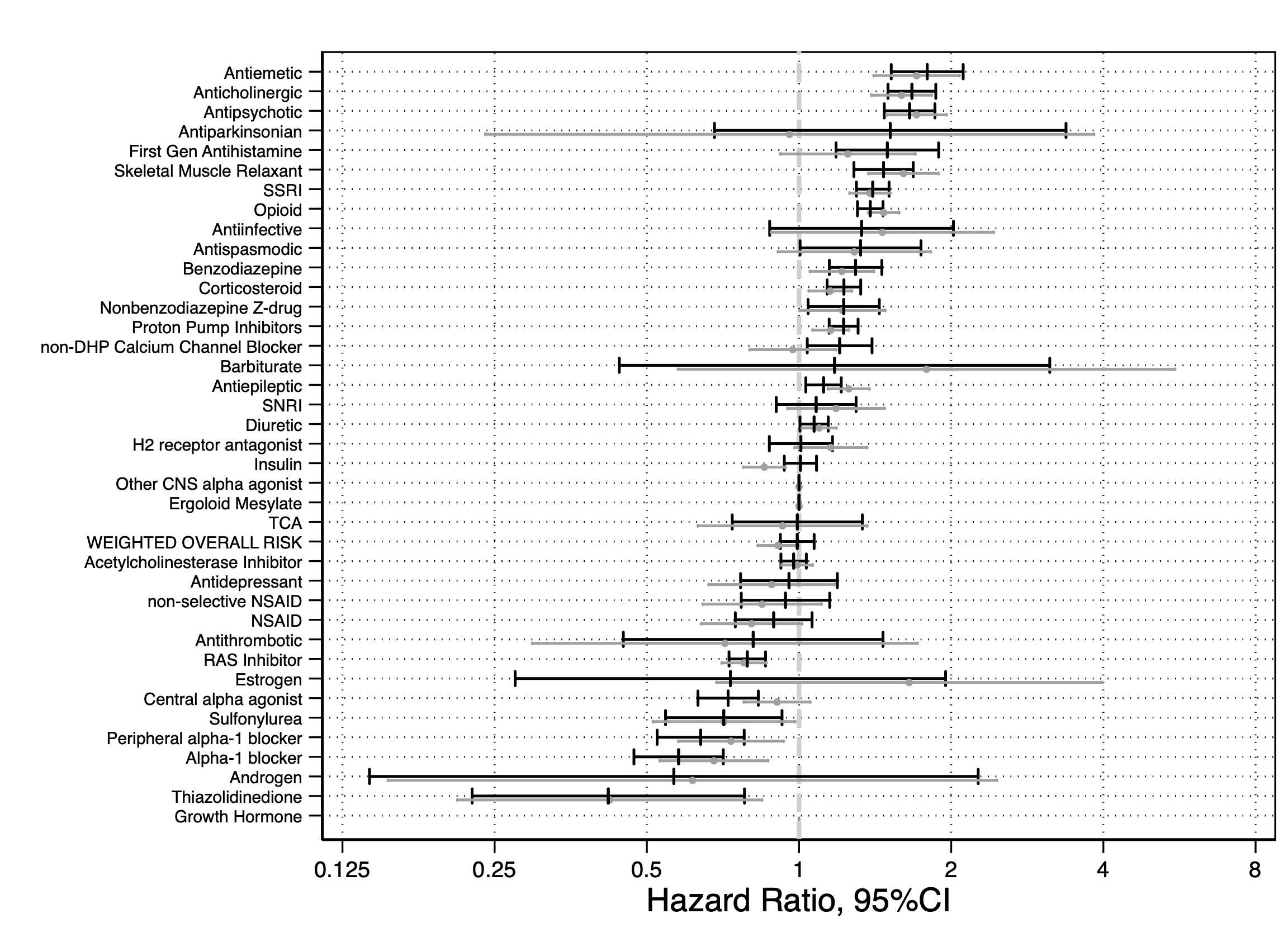