cTI levels are not associated with different levels of CAD in patients with eGFR <=60. The addition of cTI>0.3 does not alter the predictive value of severe CAD when other cardiac risk factors are considered. It will be important to study if the change in cTI during a cardiac event would be more predictive in the CKD population. 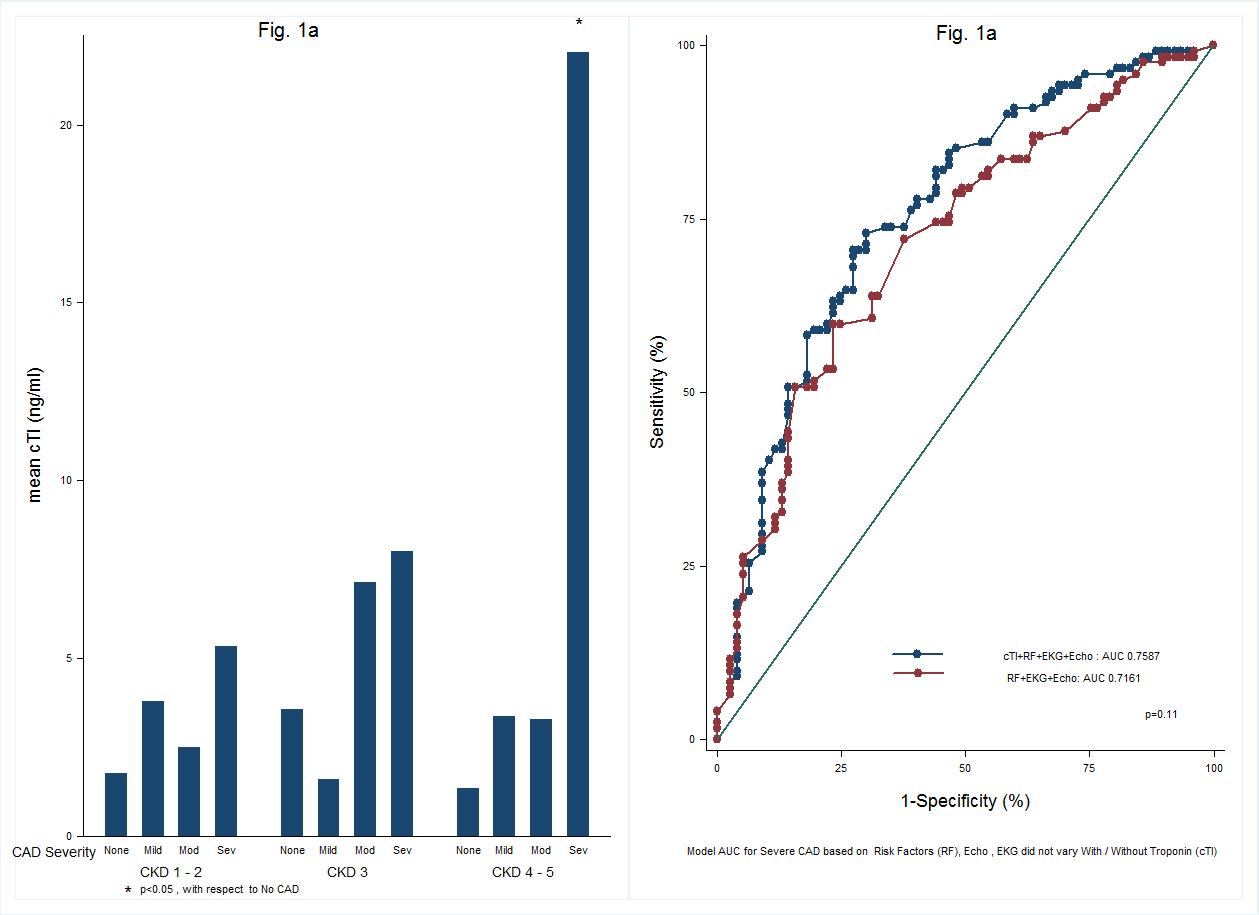