Disease Course of Hyperkalemia in Patients on Hemodialysis

Disease Course of Hyperkalemia in Patients on Hemodialysis

Hyperkalemia (HK) preceding hemodialysis (HD) is associated with increased risk of mortality and hospitalization. Longitudinal data on serum potassium (sK+) in this population is sparse. This post-hoc analysis of data from the placebo (PBO) arm of DIALIZE (NCT03303521) explored the course of HK in HD pts.

In pts receiving PBO and counselling following a HK event, mean sK+ remains high over 8w. Most pts remain hyperkalemic over this period and are therefore at continued risk of adverse outcomes. 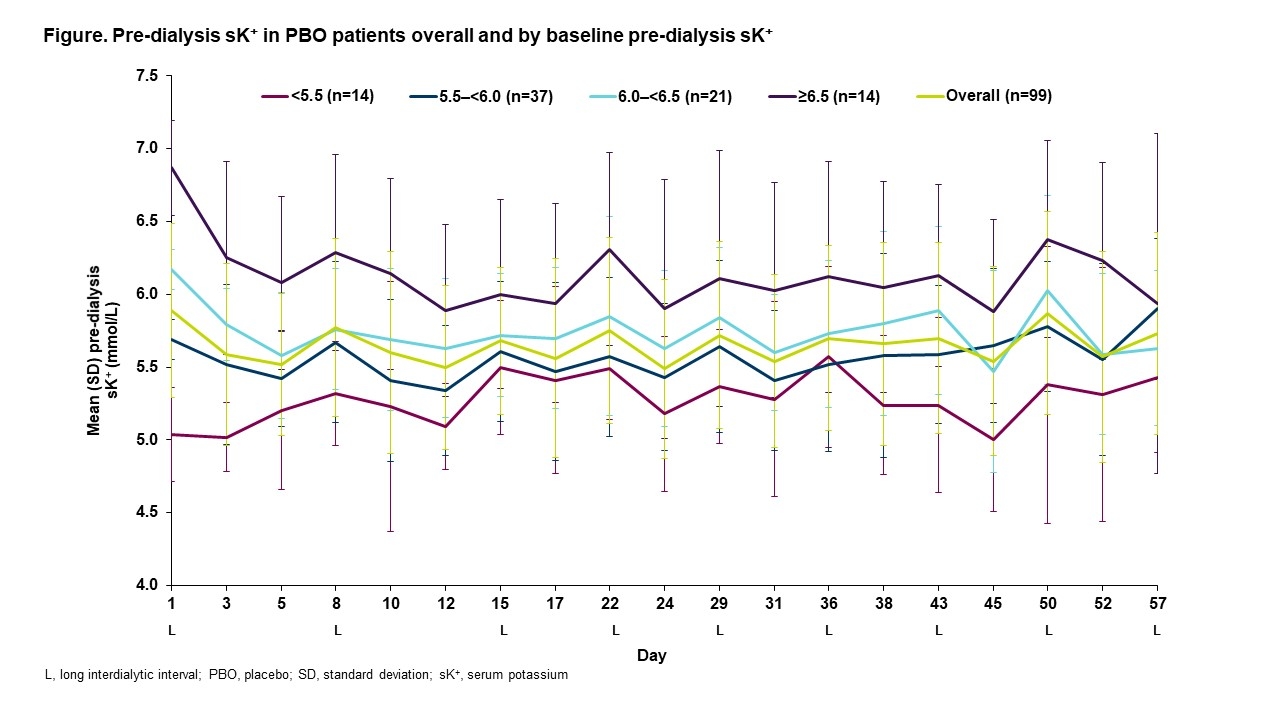