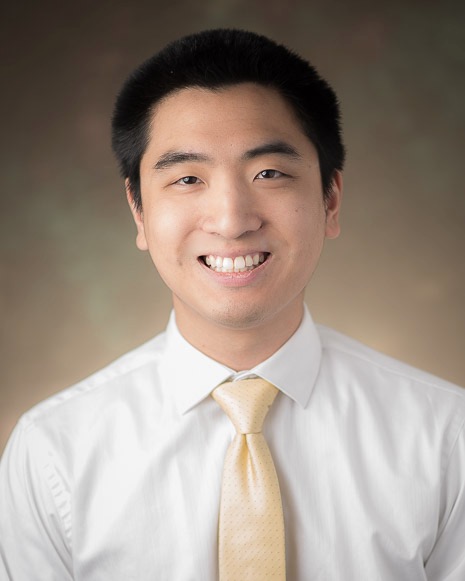 Chi D. Chu, MD, MAS is a nephrology research fellow at the University of California, San Francisco. As part of his fellowship at UCSF, he completed a Master's degree in clinical research. His research centers on the quality of chronic kidney disease care across the spectrum from early detection and awareness to implementation of evidence-based therapies, with a particular interest in how clinical risk prediction could be applied to advance effective and equitable care delivery.

Glomerular filtration rate (GFR) less than 20 ml/min/m2 is a criterion for kidney transplant listing, but variation in underlying end-stage kidney disease (ESKD) risk distributions by race/ethnicity has the potential to produce systematic racial disparities due to under recognition of the higher progression risk when a singular eGFR threshold is used as a decision point.

We compared predicted kidney failure risk by race/ethnicity for patients at the time their eGFR fell below 20 ml/min/m2 using the OptumLabs® Data Warehouse (OLDW), a longitudinal, real-world data asset with de-identified administrative claims and electronic health record (EHR) data. We identified patients 18-70 years old from 1/1/2014-6/30/2019 who had at least one eGFR >20 ml/min/m2, and at least two later eGFR values ≤20 ml/min/m2 that were ≥90 days separated, who also had a urine albumin/creatinine ratio (UACR) measured within 90 days of the first eGFR ≤20 ml/min/m2. We calculated 2-year risk of ESKD for each patient using the 4-variable Kidney Failure Risk Equation and compared the distributions by race/ethnicity.

At the time of incident eGFR ≤20 ml/min/m2, NHB and Hispanic populations had greater risk of ESKD. A racial/ethnic disparity in time from GFR-based transplant eligibility to ESKD may exist even with elimination of disparities in timing of transplant referral and waitlisting. Consideration of kidney failure risk might be given greater attention in access to transplantation. 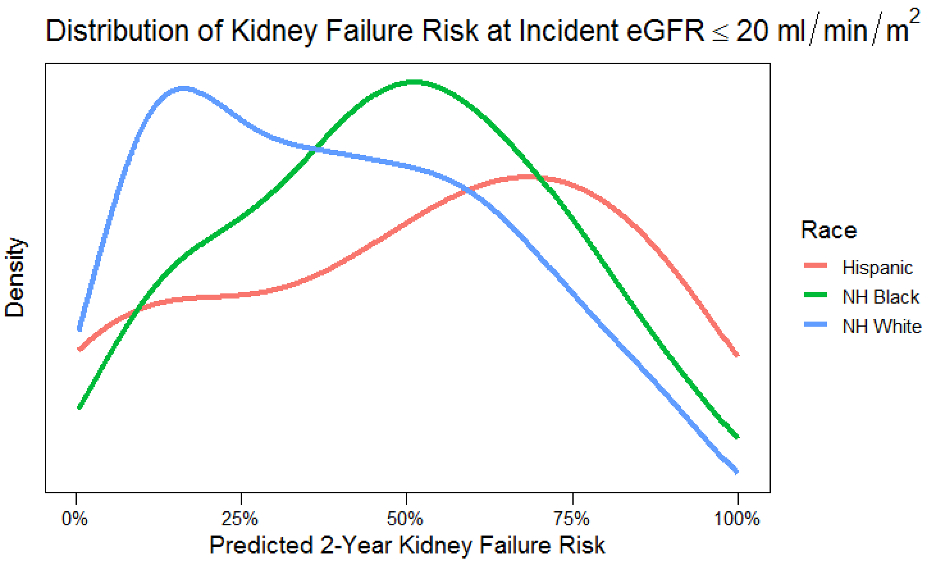